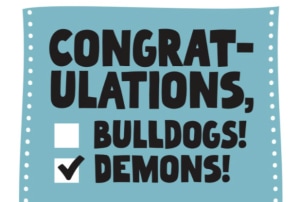 Banned in Sweden, booed in Florida, Oatly’s Wow No Cow ad aired during the AFL Grand Final on Saturday.

The 30-second ad was originally shot in 2014 in three takes before it started raining, and then recycled for Super Bowl LV, held in Tampa, Florida on February 7.

It shows Oatly CEO Toni Petersson sitting at a keyboard, singing “wow, wow no cow” repeatedly in the middle of a field of oats.

While the spot left many US viewers unsure of how to respond, Wow No Cow took social by storm with thousands of people sharing their reactions from “That Oatly commercial was the worst thing I’ve ever seen in my entire life...” to “Me trying to get ‘wow wow wow, no cow’ out of my head over the next 24 hours”.

In Australia, Oatly preempted any negative reactions by preparing t-shirts stating 'I totally hated that Oatly commercial' for the finals weekend.

“The most popular response was ‘wtf was that ad’ which doesn’t seem particularly complimentary until you compare it to the person who said the ad, and we quote, ‘slaughtered my eardrums'.’"

Swedish, plant-based milk company Oatly prides itself on being unconventional. Its launch in New Zealand earlier this year used two billboards to impart a wordy message.

Lynch acknowledged the billboards weren’t “short and to the point'' but “following rules is not one of our core competencies”.

To take an Aussie spin on the Wow No Cow jingle, Oatly partnered with performer Mike Brady to share his own quirky rendition of Wow No Cow. Brady is best known for his song Up There Cazaly and is a regular at AFL Grand Final entertainment.

In a show of support for Melbourne fans that missed out on attending the grand final in Perth, Oatly gifted free Oat-based coffees at forty local cafes on September 26.

Lynch says having the ad included in grand final viewing was a dream come true.

“We’ve been dedicated AFL fans since the semi-finals last week so being part of the Grand Final is like a dream come true. A dream we only recently had, mind you, but a dream nonetheless,” Lynch says.

The campaign is part of Oatly’s bigger campaign ‘It’s Like Milk But Made For Humans’. Oatly billboards went live in Melbourne and Perth with this messaging from September 27.

“According to the internet, which has never been wrong before, there are almost 500 words that rhyme with ‘cow.’ But we really felt ‘wow’ captured the excitement people feel when they find out there’s a great plant-based alternative to dairy.”