Oatly enters New Zealand with 'wordiest' billboards in the world 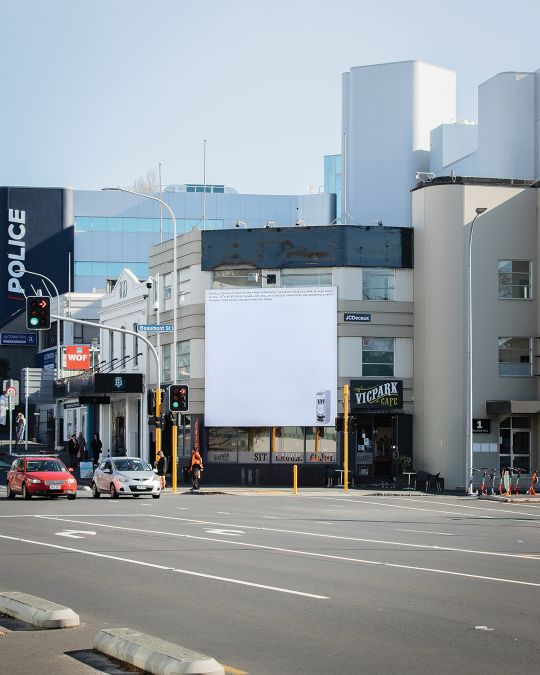 Oat drink company Oatly has launched a new campaign which sees it needing two billboards to say everything about its arrival in New Zealand.

The billboards, located on 76 Albert Street (on the corner of Kingston Street) and 25 College Hill in Auckland CBD reveal several hidden messages about Oatly’s launch in New Zealand.

From a link to its sustainability report which outlines its mission to drive a systemic shift toward a sustainable, resilient food system that empowers people to choose solutions that improve their lives, to a giveaway of fifty free oat flat whites a day for anyone who notices the billboards.

“We realise billboards are supposed to be short and to the point," says Kevin Lynch, creative director at Oatly’s internal agency, Oatly Department of Mind Control (ODMC).

"We also realise following rules is not one of our core competencies.”

"We needed to be powerfully simple and shoot straight."