The NSW government spent $1.3 million on drug driving advertising over the past year, the second largest campaign after one on littering.

The NSW government has put out to tender its Media Agency Services contract, one of the most sought after media agency accounts in the country.

AdNews reported in March that agencies were preparing for the Victorian and NSW Government to review media agency contracts. Victoria's tender process is well under way, while NSW officially released its document on Friday.

UM is the media buyer for campaign work and is on a panel with Blue 449, MediaCom and Optimum Media Direction for planning. Zenith carries out non-campaign advertising work.

The tenders should draw interest from non-conflicted agencies from across the media industry with at least one agency from each holding group expected to the throw their name in the hat.

The NSW government spent $73 million on media in its FY17 and $68 million the reporting year before.

The contract is for up five agencies with a master media agency to look media buying for campaign work and up to four communications agencies.

The statement of requirements, which outlines the criteria of the tender process (see below), shows that the government will be looking to identify sustainable procurement savings, in other words it will look to drive down costs where possible.

“Tenderers are encouraged to demonstrate how they will support government in achieving this commitment through price reductions, increased discounts, improved efficiencies and other measures,” the document stated.

“The government will appraise pricing offers, media rates, 'value-add contributions to media over and above remuneration', financial capability and stability.”

Part of this shift appears to include a lower proportion of spend on traditional media, particularly television (down 5 percentage points) and print (down 6 points), and an increase on digital social (up 3 points).

The expenditure breakdown below also indicates that government has stopped cinema spend. 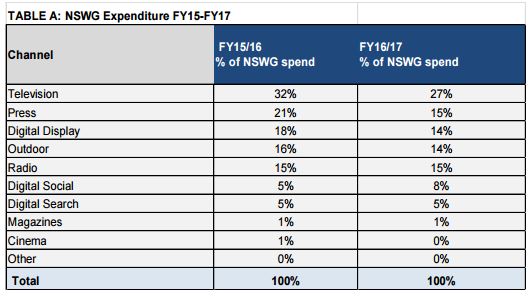 The NSW government spent $73 million on advertising in its FY17. It spent $7.6 million on non-campaign work, including $3.2 million on recruitment and $4.3 million on public notices.

In this fiscal, there were double (18 vs nine) the number of $1 million to $2 million campaigns compared to FY16, but no larger campaigns. In FY16, there were seven campaigns that cost more than $2 million.

There were also far more campaigns that cost less than $1 million (104 vs 74), illustrating a preference for the government run more smaller campaigns.

Mike Baird's attempt to shut down greyhound racing and dramatic u-turn cost the state $1 million in wasted advertising, well above the money spent to promote support for gambling addicts ($828,247).

The government department that spent the most, by some distance is Transport for NSW, which spent $15.9 million. This is mostly comprised of road safety campaigns around drug driving ($1.3 million), drink driving ($1.1 million and $750,685), speeding ($1 million) driver fatigue ($1 million) and speed cameras ($610,849).

The largest individual campaign was for littering, 'Hey Tosser', which taxpayers $1.6 million.

Other major spenders include the Cancer Institute of NSW, which spent $4.1 million mostly on smoking and skin cancer campaigns, Destination NSW ($2.4 million) and the Environmental Protection Authority ($1.8 million).

A tenderer briefing will take place on Wednesday in Sydney's CBD and the tender will close on 21 June. 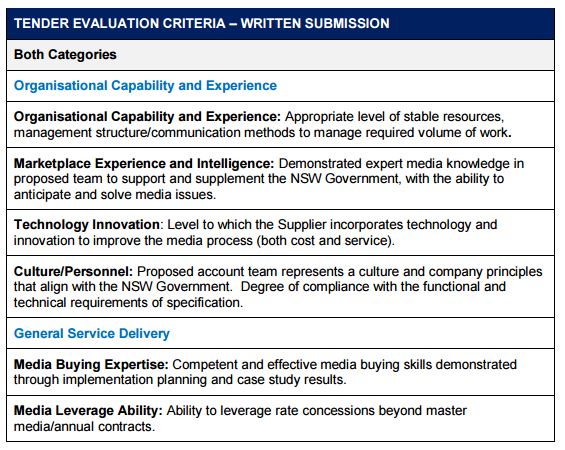 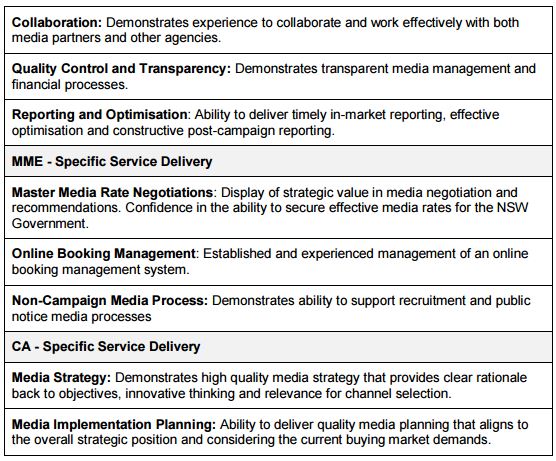