Nova Entertainment has overhauled its website, apps, mobile and social assets and has kicked off a major marketing campaign as part of a new “revitalised” and refined business strategy.

It's the first brand refresh in six years and aims to cement the network as the “dominant radio brand for the under 40 audience”.

As of today (3 February) Nova fans will spot the new branding style across Nova's channels, soon to be reinforced with a national media and marketing campaign via its media agency UM. The campaign, with creative done in-house, spans out of home (OOH), social, its newly launched Apple Carplay, consumer and trade mediums and a TV advert shot by Kontented.

Speaking to AdNews, Nova Entertainment’s chief marketing and digital officer Tony Thomas says the new look has softened and modernised the brand, adding there is a “real consistent and strategic focus” that underpins the change.

Thomas says the major brand shift follows audience research carried out in 2016 to look at Nova's position in the market and its brand connection with its audience. Off the back of that it created a development plan around the brand which has culminated in today’s new look.

He says last year there was a significant amount of change in the marketplace across the radio category in terms of where other brands were positioning themselves, which is why it felt it was the right time to do a deep brand study.

“This brand refresh is the result of a hell of a lot of brand research and development that will allow us to deliver for Nova for now and in the future for our audience,” Thomas says.

“It's really important that brands evolve based on what's happening in the market and what behaviour changes our audiences are going though. For us it's good to look at reinvigorating our brand for our audience at a time of growth, brand success and brand strength, rather than at a time of crisis.

“We have a brand that is well understood in the market place compared to the rest of the category where’s there’s a fair bit of confusion so for us it's ensuring we leverage that as hard as we can.” 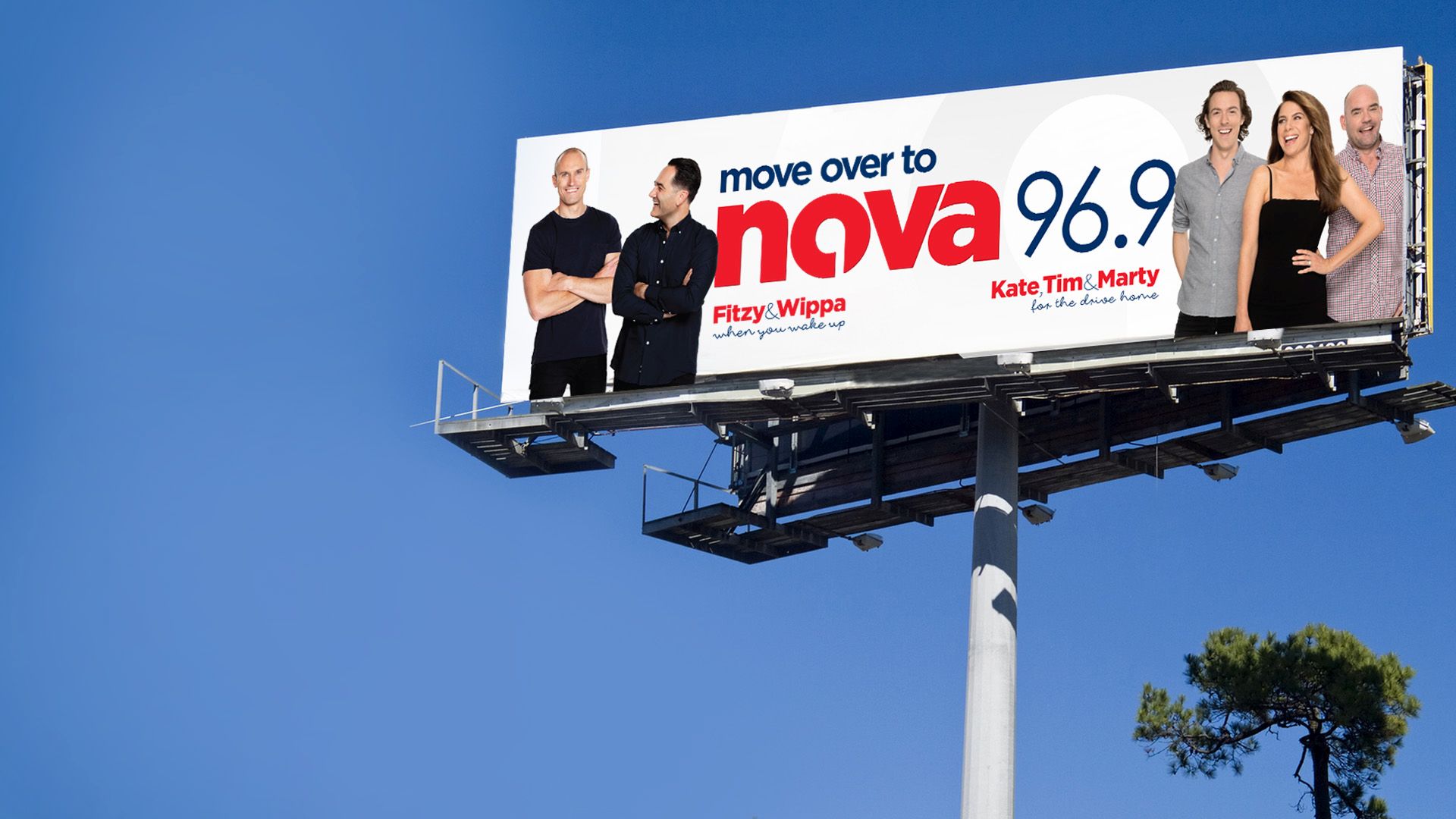 Thomas says it is not about a change in strategy, but more about a focus and refinement in strategy.

“The brand has been strong and has we've had strong growth in what we have been doing, this is just refining and ensuring we deliver against our core pillars,” he says.

As well as continuing and ramping up its passion around music, Thomas says these key pillars involve leveraging and delivering live money cant buy music experiences; brightening listeners' lives via events and on-air humour; as well as having the ability to “dominate and own the vibe of local cities”.

“It's about us being everywhere in all the markets we operate in - be it local partnering at events, we want to be wherever our audience is, from sporting events to community or family events,” Thomas says.

Thomas says each media it's using has a specific role. With mobile its about cementing usage; digital is about content marketing and video; OOH is about recall ensuing people recall the shows and TV is cementing its music position – highlighting the major artists it manages to secure.

Since launching in 2012 Nova’s Red Room has run more than 120 live performances including Coldplay, Taylor Swift, Usher and Sam Smith. Ed Sheeran live from Sydney Opera House is next on the slate on 7 February.

Thomas, who says Nova will measure the success of the brand refresh via brand image, ratings and revenue, adds that while no plans are afoot to change up any of its shows, having such a strong network brand would allow them to make such changes with minimal negative audience impact.

Some of Nova's shows include Fitzy & Wippa; Kate, Tim & Marty, Smallzy's Surgery and Grerg Burns, who was host of the number one drive show for Capital FM in London. Nova Entertainment also owns Smooth FM. 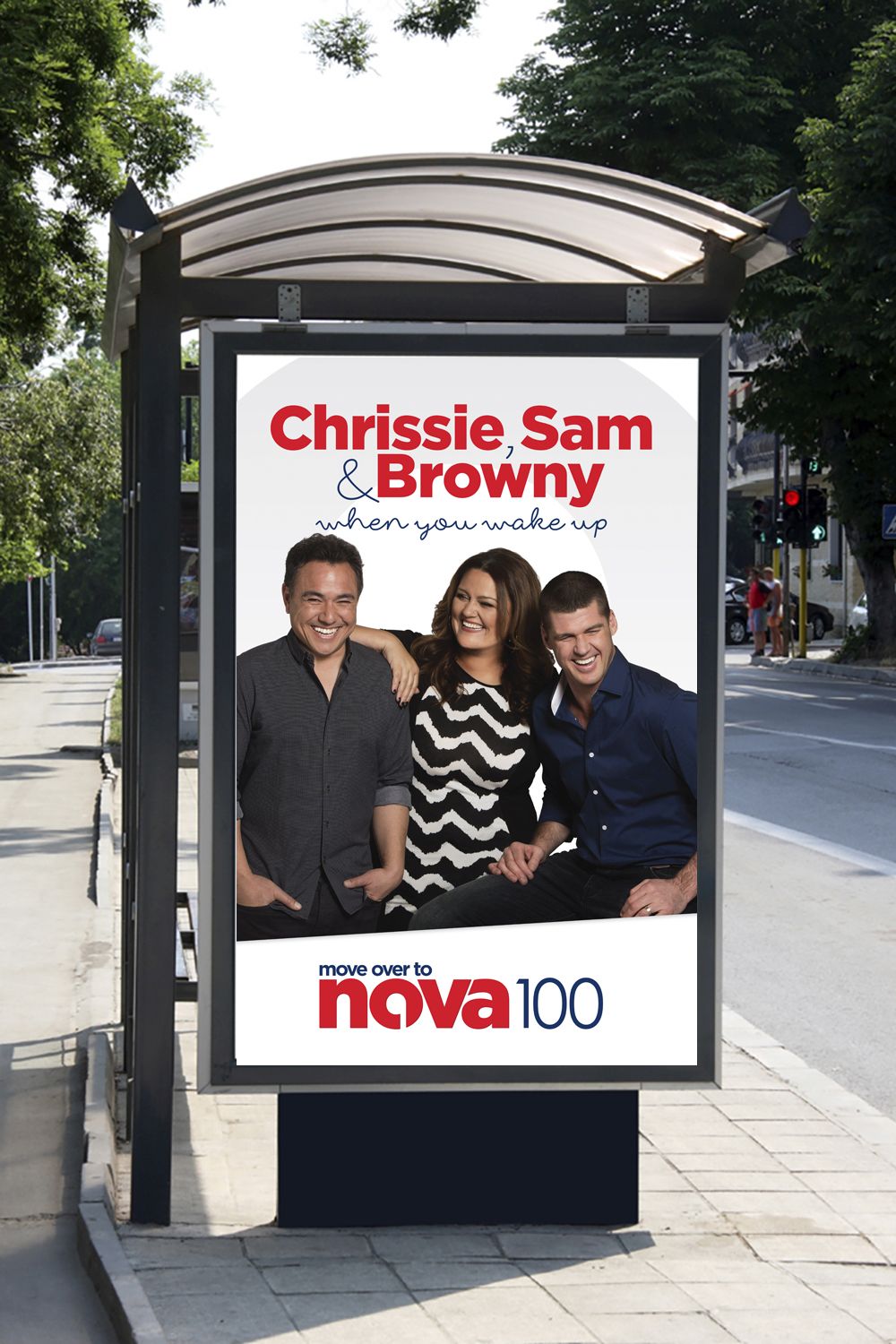