Ninja Warrior Grand Final up on last year, despite no Midoriyama conquest 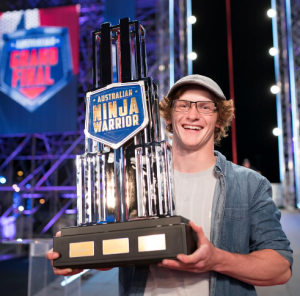 The Grand Final of Australia Ninja Warrior has drawn 1.34 million metro viewers overnight, as the show crowned its first-ever 'winner' of the show.

Despite winning the primetime slot and crowing "golf geek" Charlie Robbins as the first-ever winner of the reality fitness challenge show, Ninja was once again unable to find anyone good enough to reach Mount Midoriyama.

Mount Midoriyama is often labelled the "pinnacle" of the show and was a source of disappointment last year for fans, with significant audience backlash hitting Nine.

This year the program promised "a winner" would be crowned, not specifically stating that a contestant would do so by reaching and climbing Midoriyama.

Despite fans taking to social media to vent their frustrations, it has been pointed out once again that in other markets, including the US, it took several seasons for contestants to even reach the final climb.

The show still fell short of its debut season's grand final, which had an average metro viewership of over two million.

Elsewhere in primetime, Australian Survivor bounced back from its Sunday ratings slump, drawing in 655,000 metro viewers and beating the recently relaunched Australia's Got Talent on Seven, which fell to 630,000 viewers compared to the 814,000 figure from the night before.

In the overnight main channel race, Nine stormed the competition with its Ninja success and news bulletin, taking a 25% overall audience share.

Seven took out second place with a 17.6% share, while Ten recovered from its single-digit performance from Sunday, taking a 14.4% share, as well as third place.