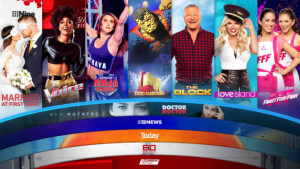 Nine's flagship programs will all return in 2019

Australia’s first self-serve platform for television, a new home for Ninja Warrior, and the return of hit shows such as Married at First Sight and Love Island are among the highlights of Nine’s annual upfronts event this year.

With its programming slate for 2019 largely a continuation of its 2018 strategy, with major shows such as The Block, Ninja Warrior and Love Island all returning next year, Nine turned its focus to furthering its advertising business at the annual Upfronts event.

The network unveiled the next stage of plans to simplify and further automate the buying of television through its automated buying and trading platform 9Galaxy and launched 9Voyager, aimed at opening the TV market to more small and medium enterprise (SME) owners.

Nine chief of sales Michael Stephenson said 9Voyager is “Australia’s first self-serve platform for TV” that will provide SMEs with access to ad buying platforms like that of Facebook and Googles for Nine inventory.

9Voyager is an extension of 9Galaxy, which Nine launched last year to remove the need for makegoods on its off-peak and multi-channel inventory.

“We are going to open up the most powerful advertising medium, being TV and premium online video, to that new marketplace,” he said.

“That will be great for SMEs in Australia but also for Nine, it opens up a marketplace that has historically been the domain of Facebook and Google.”

For new advertisers without creative agencies, Nine is putting forward its own creative studios, 9PoweredStudios, but will continue to work with external partners. 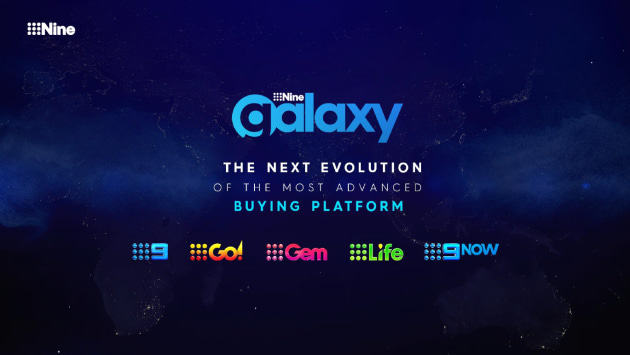 Stephenson also laid out a two-year roadmap for the 9Galaxy automated trading platform, announcing the next stage of the rollout would integrate 9Now into 9Galaxy, allowing linear TV and 9Now to be traded in one transaction using one technology platform.

“12 months ago we officially launched 9Galaxy and we said it would make TV easier to buy and it’s fair to say that we delivered on that promise,” Stephenson said.

“Almost 30% of our off peak inventory is going through our propriety technology but importantly we’ve delivered thousands of ad campaigns without a single ratings shortfall or a single makegood.”

By mid-2019, Nine will also have integrated both the Virtual Oz database and its 9Now audience of seven million into 9Galaxy, enabling advertisers to buy against behavioural segments like new car buyers or heavy shoppers, as well as age and sex demographics, across both linear TV and broadcast video on demand (BVOD).

Stephenson said this is a “huge evolution” for media buyers in Australia.

By the end of 2020, Nine has promised 9Galaxy will deliver all the audiences that marketers and agencies want to buy across the key inventory sources, across linear TV, live streaming and 9Now on a connected TV, mobile, desktop or tablet.

Stephenson described this innovation as “utopia” for Nine.

“When we deliver that, we will have, without a doubt, the most advanced advertising technology in the world. It goes without saying that we already have that in Australia, but the work we are doing with our team and technology partners in Australia Square, is setting the benchmark for every broadcaster and media company globally,” Stephenson said. 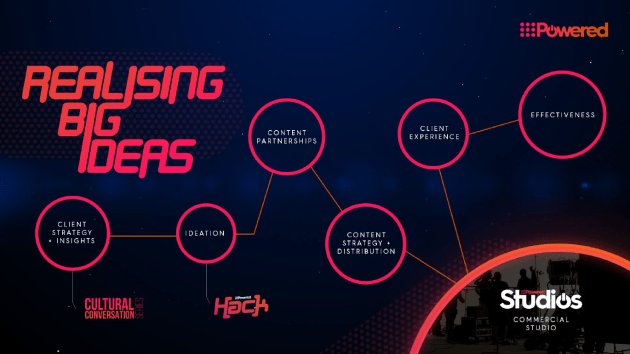 Nine remained quiet on its acquisition of Fairfax, but CEO Hugh Marks said the merged entity will be a “powerful content mix” for marketers.

“My aspiration for Nine has always been to ensure it leads the Australian market as a modern and contemporary content business, built on the foundations of great people, great content,” he said.

“The combined Nine-Fairfax group will provide a scale and unparalleled breadth of platforms across television, radio, digital and print media.”

On the addressability front, Pippa Leary said 9Now brings together the full power of TV and digital by requesting users to sign in and provide data such as age and gender. With the streaming platform now at seven million signups, she believes Nine can service the full marketing funnel from top of the funnel brand building to tracking conversions and sales.

“We feel that addressability as a buzzword is being thrown around everywhere and people are making big claims about having addressable solutions,” Leary said.

Through Nine’s various data partnerships, she said Nine can track the impact of TV ads in the same simple way Facebook and Google track their impact, but the media company can offer greater transparency offering third party auditing.

“We are firm believers that full funnel solutions are absolutely the way of the future,” Leary said.

As a result, Nine has invested $2 million in online content for 9Now for the summer period, which Leary said is "prime binging time", including US drama Manifest, The Big Bang Theory, 2 Broke Girls and more.

"We feel with this additional overseas content investment, as well as this incredibly strong local content slate, we'll be giving advertisers much more opportunity to reap the benefits of addressable advertising," she said. 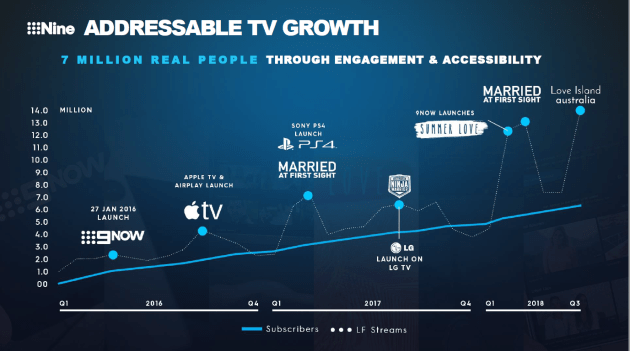 To guarantee Ninja Warrior audience growth, the series will move to Melbourne in 2019 for the first time this year after filming two seasons in Sydney.

Love Island, which was previously only available on subchannel 9GO and streaming platform 9Now, will be aired on the Nine’s main channel.

Married at First Sight, The Block, Family Food Fight and The Voice will all return next year with Lego Masters also boasted as one of the network’s flagship programs.

Lego Masters will be hosted by Hamish Blake and is a family show that sees what creations people can make from Lego.

Sea Change will return to Australian screens with with Sigrid Thornton and John Howard reprising their roles as Laura Gibson and Bob Jelly in the drama series.

Murder, Lies and Alibis will dissect some of the most infamous criminal cases from here and around the world.