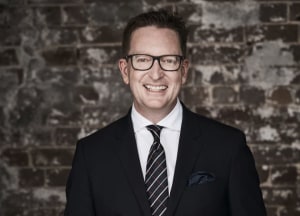 The changes to the automated buying system come as Nine also reveals that Nine Galaxy is being developed for regional TV.

“The changes will allow agencies to plan, buy and optimise campaigns with live access to avails, and track and post-analyse total TV campaigns with greater efficiency,” Stephenson says.

“Of course with Nine Galaxy there are no shortfalls, no makegoods, just guaranteed outcomes. This is truly a game-changer for media buyers.”

Nine Galaxy first launched in 2017 and by 2018 it was able to book linear TV and BVOD in a single transaction. This year, the platform also opened to include radio inventory.

As part of the changes, Nine is also moving to a CPM-based rate card and away from fixed spot pricing for automated Nine Galaxy campaigns.

“Moving to CPM-based pricing on off-peak and multi-channel TV inventory creates consistency with streaming and on-demand pricing which has always been traded against an agreed CPM,” Stephenson says.

“This makes buying total TV even easier with Nine.”

Stephenson called on media buyers to drive greater uptake and usage of automation technology such as Nine Galaxy.

“We have about 40% of our off-peak and multi-channel bookings going through Galaxy. That means 60% don’t,” he says.

“If agencies and clients are not putting 60-70 per cent of their off-peak and multi-channel TV bookings through Nine Galaxy they are spending too much time trying to optimise on the margin and chasing shortfalls and makegoods.”