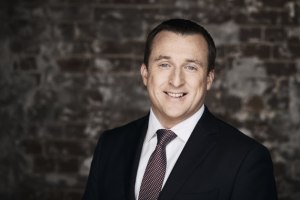 Nine's director of sport Tom Malone has been appointed managing director - radio, ahead of Nine operational takeover of Macquarie Media on November 8.

Malone steps into the role following the departure of Macquarie Media CEO Adam Lang, who exited the business last month.

For the past four years Malone has served as Nine’s sporting boss, overseeing the growth of the Wide World of Sports brand and its relationships with major sporting codes, including Nine’s switch from cricket to tennis in 2018.

While Malone will have oversight of the radio division, Nine also confirmed that Macquarie’s newsrooms would fall under Darren Wick, Nine’s director of news and current affairs.

In each market, Malone will work closely with Nine’s local managing directors to seek more opportunities for growth and integration across the wider Nine business.

“Tom has a stellar track record as both a content creator and a media executive. For him this is a return to his roots in radio and I am confident he is the right person to lead Nine’s radio division,” Nine CEO Hugh Marks says.

“He brings an important skillset as we move forward and look for the opportunities that are created by having powerful radio brands like 2GB, 3AW, 4BC and 6PR within the Nine family.”

Malone is a former executive producer of 60 Minutes and the Today Show. He began his career at Radio 2UE as a cadet in the newsroom, before spending two years as a federal political reporter and several years producing breakfast radio.

He says he is excited to be returning to radio and to explore the "real opportunities" the ownership of Macquarie Media will open up for new and existing partners.

In a letter sent out to staff, Malone acknowledge the success he and his staff had achieved during his time as head of Nine's sports division.

"From the outside Wide World of Sports sets the standard in sports broadcasting – the best camera and audio operators bringing the clearest and sharpest pictures and audio into people’s homes. That’s augmented with great story telling from the best commentators and producers alike, and constant improvements in access and innovation," he says.

"We have done so much together that I am incredibly proud of. We reshaped our cricket coverage in our final two summers, returning to iconic voices and cricket focussed storytelling.

"We made the bold call to switch from Cricket to Tennis, knowing that it would be better for our business, and we delivered an outstanding first summer of tennis, giving Nine its strongest start to the year in more than 19 years, and which has us on track to win the ratings year for the first time in 15 years."

A replacement head of sport will be announced in coming days, with Malone adding that whoever that person is, will have his full support in transition and ongoing.