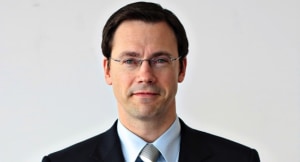 Macquarie Media CEO Adam Lang is departing the business after more than a year in the role.

Lang's role is set to become redundant as the radio business is merged into Nine, following its takeover initiated earlier this year.

Macquarie Media chair Russell Tate will assume executive responsibilities after Lang departs at the end of the month until the new leadership structure is finalised.

"Adam and I have worked very closely together over the last four years and his passion for radio, his intelligence, his work ethics and his regard for our people have all been outstanding features of his management and leadership during that time."