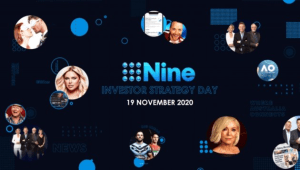 As a result, the six subsidiaries have paid penalties totaling $159,840. Nine will also provide about $450,000 in consumer redress to eligible advertising, home delivery and digital subscription customers.

The Australian Competition and Consumer Commission says that after Nine’s merger with Fairfax Media in 2018 it became concerned that most consumer and advertiser transactions processed by Nine in which a payment surcharge was applied involved an excessive payment surcharge.

The ACCC’s infringement notices were issued in relation to payments made using MasterCard and Visa credit and debit cards between August and December 2020 which attracted stated surcharges ranging from 0.9 per cent to 1.55 per cent.

The ACCC alleged that these surcharges exceeded the actual cost to Nine by between 0.09 and 0.84 per cent, depending on the method of payment.

“A payment surcharge is excessive and in breach of the law if it exceeds the costs to the business of processing the payment,” says ACCC deputy chair Mick Keogh.

“While the average over-charge per consumer was relatively small, given the number of transactions processed by Nine, this added up to a significant amount.”

About 220,000 current digital and home delivery subscribers who paid by MasterCard or Visa credit or debit card will be provided a one-off cash adjustment of $1.92, which is the average excess payment surcharge paid by those consumers, or an extension to their subscription.

Nine will also contact affected advertising customers to advise they may have been over-surcharged and are entitled to refunds.

“We accept the findings of the ACCC in this matter and have paid the fine,” a Nine spokesperson says.

“The surcharge overcharge was unintentional, it was not an error which affected all of Nine (for example, Stan and Future Women were not affected) and we have taken steps to credit those subscribers/advertisers impacted.

“We have also reviewed our processes to ensure the error is not repeated.”