Nine braces for April in an 'uncertain' advertising market 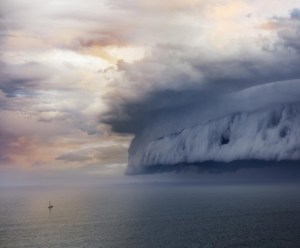 Nine Entertainment's revenue held up in the March quarter but the media group sees a negative April ahead as the fallout from the coronavirus takes hold.

The company, assuming that the COVID-19 crisis continues for the rest of the calendar year, plans to cut $266 million in costs including broadcast programming and capital expenditure.

In a presentation to the JP Morgan Virtual Conference today, Nine says group revenues for the three months to March were in line with previous guidance.

However, an increasingly uncertain advertising market will likely have a "material negative impact" from April, the company says.

"This is a very difficult time for all Australians, on many levels," says Nine’s CEO Hugh Marks.

"Notwithstanding an expected significant impact on our business as conditions continue to evolve, we are confident that with our enhanced audience position, our mix of assets and the commitment of the Nine team, we will emerge from this period a stronger and more competitive company."

Nine is now focused on major short and long-term cost initiatives totalling $266 million to the end of December, including $28 million in programming. The cuts:

"Any earlier (or later) recovery will change the magnitude and/or timing of these metrics, with a prolonged economic impact likely to result in further initiatives," says Nine.

The company earlier this month withdrew its profit guidance because the rapid progression of COVID-19 was starting to have an impact on Nine’s markets.

Nine has moved the majority of its employees to working from home with minimal interruption, the company says.

Audiences across all of Nine’s platforms are showing strong growth, including linear TV audience growth on core News and Current Affairs content: Nine News (+30%), A Current Affair (+13%) and the Today Show (+26%) compared to late February-early March.

Both streaming media platforms Stan and 9Now are reporting accelerating growth in active subscribers/users and usage.