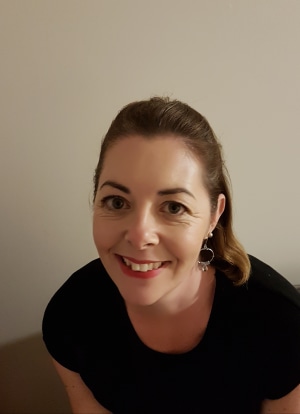 Yaffa Media has today announced the appointment of Nicola Riches to the role of associate publisher of AdNews.

As part of a greater remit to usher in a reinvigorated era for the much-loved and 90-year-old trade brand, Nicola is charged with navigating the AdNews ship with a strong focus on editorial, sponsorship, events, sales and branded content. She will work closely with James Yaffa, who remains AdNews publisher, on the title’s current developments and future strategy.

Nicola will oversee the day-to-day running of the wider title, in conjunction with newly-appointed editor Pippa Chambers, as well as its commercial ventures such as the AdNews Awards, the Media + Marketing Summits, AdNews Live! events, and the branded content division, which has gone from strength to strength in the past 12 months.

Nicola’s appointment is accompanied by the announcement that Joshua McDonnell will also be joining the AdNews editorial team as a junior reporter. Joshua joined Yaffa Media in 2016 and has served on several other titles, including Ragtrader.

James Yaffa says: “This strategic move will ensure AdNews is focused on bringing all areas of the business together, aimed at building growth at our title, and all of its respected assets. Nicola is a true media professional and I look forward to working with her on this exciting new era at AdNews.”

Nicola started her career in journalism in consumer press in 1999, after completing a post-graduate diploma in news journalism in London. From 1999-2003 she edited various online and print titles. In 2003, she joined the UK music industry’s flagship trade title, Music Week, as its first online editor, and then went on to help launch and edit its rival, Record of the Day, in 2006. She has also worked across corporate comms, PR and lobbying for two notable British peak bodies. She arrived in Sydney in 2013 and soon joined AdNews as a news and features journalist. After taking maternity leave and returning to more regular work in late 2016, she took on the position of conference curator and branded content editor for AdNews.

Nicola says: “Green shoots for independent publishers are taking root in many unexpected places. I look forward to tending those shoots and growing our strong, resilient, engaging brand, as well as our core assets that rivals will continue to envy.

"We are lucky to be part of a small, nimble and forward-thinking Australian media company. This gives our team the rare opportunity to indulge creative and commercial endeavours, and sweep along the industries we serve, as well as our current tribe of dedicated readers.”

Both Joshua and Nicola will begin in their new roles on Monday 19 March.