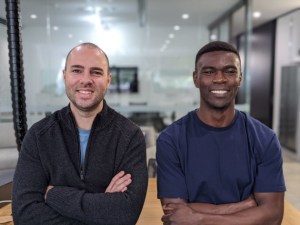 Man of Many cofounders Scott Purcell and Frank Arthur

The proposed code is expected to be passed by parliament as early as this week after the government announced that further amendments would be made following negotiations with Facebook.

As part of the changes, the decision to designate a platform under the code will take into account whether the platform has made a significant contribution to the sustainability of the local news industry through commercial deals. Digital platforms will also be given one month’s notice before they are formally designated under the code.

Following the news, Facebook said it would reverse its ban on news for Australian users and has already reached a deal with Seven West Media.

But while larger publishers are welcoming the developments, Purcell says that the updated code is unlikely to benefit independent or small publishers in “any material way”.

“It concerns me that the proposed code will further entrench the larger traditional media companies and have serious ramifications for Australian audiences by materially disadvantaging the majority of smaller publishers to the detriment of media diversity in Australia,” Purcell tells AdNews.

“As an independent publication, we have been big supporters of both Google and Facebook as this is where the majority of our traffic comes from.

“While I appreciate the proposed code is seeking to deal with a complex issue, I believe it suffers from a severe lack of understanding of how the internet actually works and I am unsure how it achieves its intended goal of supporting public interest journalism.

“It simply does not adequately account for the full extent of the value exchange between news publishers and platforms such as Facebook and Google. The reality is that many smaller and independent publishers are still being left out of the conversations by the Government as well as the private deals between the large tech companies, with the majority of benefits solely flowing through to traditional media companies and to the exclusion of independent localised content.”

In submissions to the Senate committee on the code, smaller publishers outlined their concerns that the code could give large publishers a competitive advantage, particularly around the requirement that large news publishers be informed in advance of any algorithm changes by the tech giants.

“I think there's an entirely separate discussion around taxation and whether the larger multinational tech giants pay their fair share, but I do not believe the proposed code as it stands works towards its goal of creating greater quality in the Australian media landscape, promoting a more open and competitive media market and supporting a diversity of voices and opinion in Australia,” Purcell says.

Publishers including Nine have welcomed the changes to the code, which aims to govern how Facebook and Google pay certain publishers for their content.

“We are pleased the Government have found a compromise on the Digital Code legislation to move Facebook back into the negotiations with Australian media organisations,” a Nine spokesperson says.

“Diversity of voices is vital to Australia's cultural fabric — diversity driven by the home-grown, digital-first publishers that champion our small businesses, events, tourism and arts scene.

“These are the very same businesses that have been hit hardest by the past twelve months and who desperately need support, and I'm both relieved to see it reinstated and excited by the conversation that has emerged over the last four days.

“We know Australians want to play their part in supporting the local economy — the feedback we have received from the Urban List community shows this to be more true than ever — and our team is now even more determined to continue our work driving traffic through the doors and into the shopping carts of operators across the country".

Neil Ackland, Junkee Media CEO, has also welcomed the restoration of news on Facebook. Junkee Media has previously stated that about 75% of its traffic comes from search and social.

“We were also pleased to note that Treasurer Josh Frydenberg specifically called out how the amendments will strengthen the hand of regional and small publishers in obtaining appropriate remuneration for the use of their content. We look forward to entering negotiations with Facebook in good faith so that we can continue to provide an alternative voice, and support and invest in public interest journalism.”