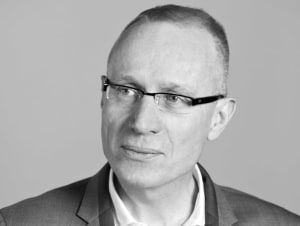 News Corp says the success of its digital strategy and book publishing, as well as the consolidation of Foxtel with FOX SPORTS, helped it grow third quarter revenue by 17% to $US2.46 billion.

“News Corp reaped rewards from our digital strategy this quarter underscored by a robust rise in digital subscriptions across our media properties, a sharp increase in digital audio book sales and continued expansion at our digital real estate businesses despite volatile conditions in property markets,” says CEO Robert Thomson, announcing the results in New York.

Net income for the quarter was $US10 million compared to a loss, driven by impairments, in the same quarter last year of $US1.1 billion. For the nine months to March, net income was $US206 million.

Digital-only subscriptions for The Wall Street Journal grew 19% during the quarter, reaching about 1.8 million.

Foxtel also increased its over-the-top service with 714,000 total paying OTT subscribers, which includes Kayo Sports and Foxtel Now, growing more than 80% since the beginning of the calendar year.

Digital subscribers at News Corp Australia’s mastheads at the end of March were 493,200, up from 409,000 in same period last year.

Foxtel had 2.896 million subscribers at the end of March, including FOX SPORTS. As of May 8, there were 239,000 Kayo Sports subscribers, of which 209,000 were paying subscribers.