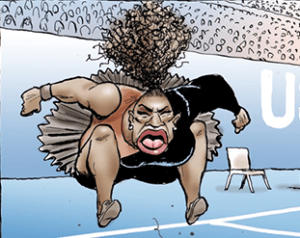 In the Herald Sun, Knight drew a cartoon that showed Williams having an on-court meltdown during the US Open final and the umpire urging her opponent, eventual winner Naomi Osaka, to let the 23-time grand slam winner win.

Knight said he didn’t intend his cartoon to be commentary of gender or racial politics and instead was depicting an athlete behaving poorly on court.

He told News Corp-owned Sky News: “When you caricature somebody you take their facial features and you emphasise them.

“Serena is an amazing athlete, an African American woman and a very powerfully built woman. She’s a lot of fun to draw and I didn’t draw her with malicious racial intent.”

The cartoon caused a massive backlash on social media, with celebrities including Aussie NBA star Ben Simmons and Harry Potter JK Rowling wading into the debate (see above). 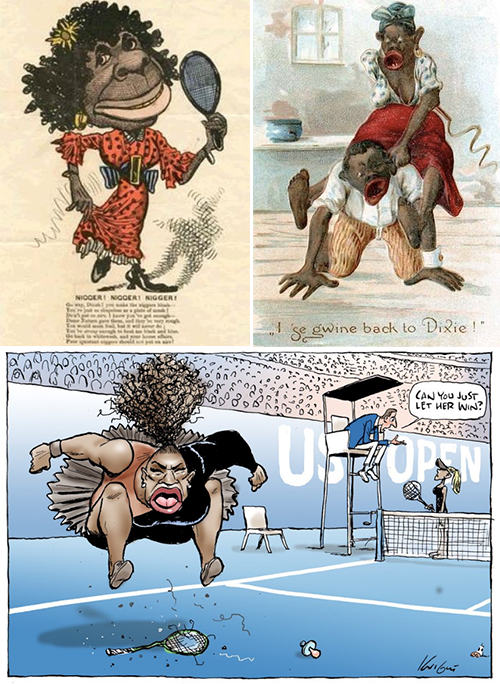 It’s not the first time an Australian cartoonist has been widely condemned for racist depictions of people of colour.

In 2016, Bill Leak was slammed for a cartoon that implied Indigenous fathers were alcoholics, poor parents and irresponsible, again painting a whole culture with historic and hurtful race-based stereotypes. 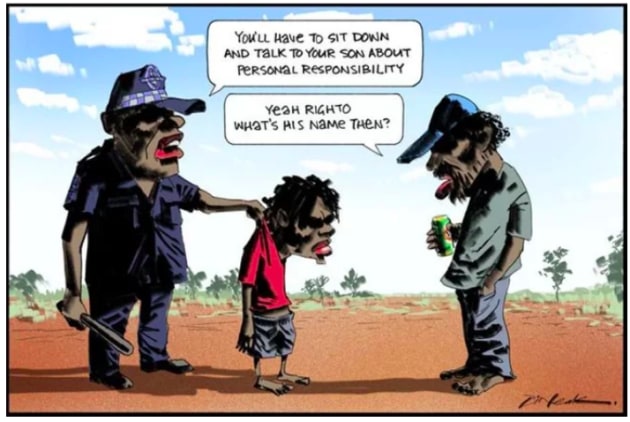 Bill Leak was condemned for this depicition of an Indigenous father. 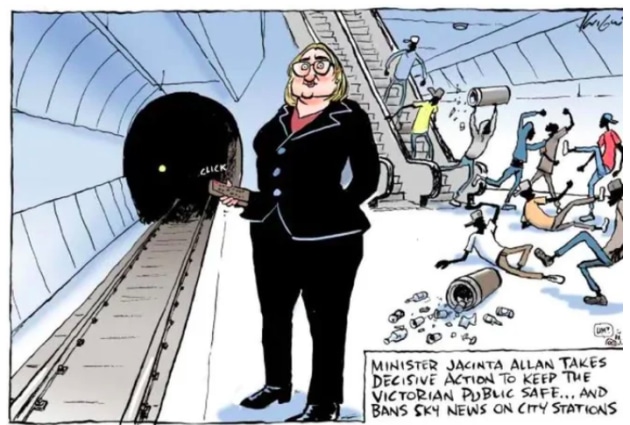 And when Australian A-League team Melbourne Heart was acquired by Manchester City's owners – a consortium including the Abu Dhabi United Group and Chinese firms – Knight was at it again, crowbarring lazy racist stereotypes into a sports story that had absolutely nothing to do with race. 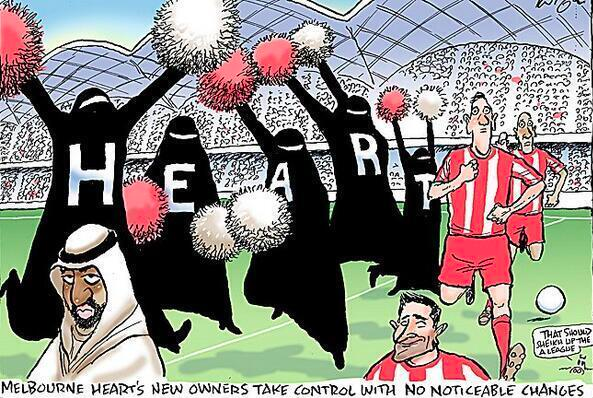 Knight has a talent for finding a race-based angle where one previously didn't exist.

Australia has a long and chequered history of racism towards the Indigenous population and ethnic minorities.

Whether it is was intended or not, Knight’s cartoon has been widely condemned overseas with many arguing it reinforces a growing international perception that Australia is a country of racists, with one notable exception ...