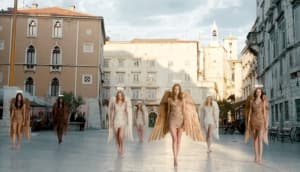 Unilever has taken out the top spot as 2015 Advertiser of the Year at the Spikes Asia Festival of Creativity.

Chairman of Lions Festivals Terry Savage said that the consumer goods giant is a brand that “refuses to stand still”, consistently striving to create marketing that is “innovative and creatively bold.”

“At Spikes Asia, the juries only award outstanding creativity, so the fact that they have scooped so many accolades is a huge credit to the quality of their marketing in the region,” she said.

Unilever have previously won 41 Spikes for brand advertising across the Asia Pacific region, including 11 gold trophies and three grands prix which were awarded to ‘The Day I Visited my Son’ in Film Craft, ‘Radio Prank’ in Radio and ‘Where What you Grow is What you Eat’ in the Media category.

Last month the chief marketing officer of Unilever, Keith Weed, warned online fraud and problems with ad viewability are the biggest issues facing the industry and need to be dealt with as a matter of urgency.

The company's frist Ultra screen has been switched on at Melbourne's The Jam Factory on Chapel Street.

"Capable of brilliant resolutions in full animation that can even be shown in a unique extra-wide 8:3 aspect format ratio or in standard 16:9 aspect - content will truly intensify levels of engagement/provide greater impact for advertiser.”

Ads on smartphones a turn off: Deloitte's latest consumer report

About two thirds of Australians rank smartphones in their top three most valued devices but almost 80% are turned off by seeing advertising on them.

According to Deloitte's 2015 media consumer survey, Australians find ads on their smartphones far more intrusive than on TV or laptops and more than 60% do not want ads based on location.

While video streaming services are used by only 12% of people, the report predicts these low-cost services will pick up strongly in the next year and almost 60% say that they would be amenable to watching ads with their video streaming programming if it reduced the cost of the subscription.

However linear television remains valuable to advertisers: two thirds of us continue to to learn about new content through TV commercials.

Pay TV and news subscriptions are holding steady – 39% of respondents had pay TV - but magazine subscriptions have dropped 20% in the past two years.

More than 2,300 social marketers competed in last year’s event, with German Paul Zubrinich taking out the top prize and an Australian coming in third place.

To enter and view the local rules go to http://www.biggestsocialgeek.com.

The new Big Audio network includes top music sites and apps with 15 million completed listens per month available on launch, and is estimated to grow to 50 million by the end of the year.

Go Transit Media group has picked up a contract with Spirit of Tasmania to provide digital display ads across its two recently revamped multi-million dollar ferries.

After securing contracts with more than 4000 busses in 86 locations across Australia, Go Transit's boss Rick Chapman said the agreement was an opportunity for the bus media company to enter a new market.

“Bus transit advertising will always be our core business but the opportunity to become involved with an iconic brand like Spirit of Tasmania, which has successfully operated since 1985, was an opportunity we could not pass up,” said Chapman.

“We now have the opportunity to present advertising messages on digital displays and on cinema screens across two Spirit of Tasmania ships. It’s a great opportunity for advertisers to communicate with a captive audience of up to 1400 people,” he said.