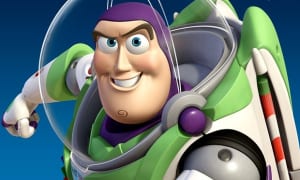 Disney has gone up against the likes of Netflix and Amazon Prime with the launch of its latest streaming service, DisneyLife.

DisneyLife will feature Disney movies, books, music and TV shows for £9.99 a month and will debut in the UK before a global rollout.

Launching as an app on Apple and Android mobile and tablet device, as well as Apple TV, the channel will feature all the Disney favourites from Nemo and Snow White, to more modern blockbusters such as the Pirates of the Caribbean series.

Unilever wraps up global review after almost a year

Despite Unilever handing its media business in Australia to PHD following a competitive pitch in July, a global review has finally wrapped up after almost a year in pitch.

Incumbent Mindshare has continued to hold most of the business, including markets such as Thailand, Malaysia, Singapore, Vietnam and Pakistan, despite not retaining the business in Australia.

PHD has been added on duties along with its existing role in markets such as China and New Zealand.
Mindshare retained North America and added a handful of European markets previously handled by PHD.

In global account moves, M&C Saatchi has lost the Transport For London account, including work for the Greater London Authority and its services such as the London Fire Brigade, the Met Police and the London Legacy Development Corporation.

Together, M&C Saatchi and TfL have produced campaigns such as the 'one risk too many' texting campaign, and the 'report to stop it' campaign which raised awareness for sexual harrasment.

A spokeswoman for M&C Saatchi said: "We are very proud of our long list of creative and effectiveness awards. We wish them luck in the future."