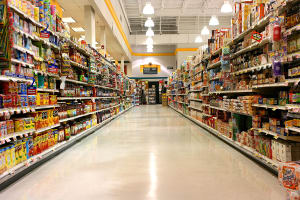 Coles’ senior marketer Mathew Barbagallo will be leaving the company after holding the general manager title for just over a year.

His departure comes with the news suggesting Coles will review its media account, leaving over $220 million of business up in the air.

A Coles spokesperson told AdNews: “Mat informed us recently of his decision to pursue other opportunities outside of Coles. We want to thank Mat for his positive contribution to Coles and wish him all the best in his future endeavours.”

No word where Barbagallo’s next role will be at this point.

Consumer watchdog, the Australian Competition and Consumer Commission (ACCC), has argued in Federal Court that Woolworths should be hit with a $4 million penalty for selling a faulty product and failing to promptly alert authorities once the company became aware of the injuries caused.

At a Federal Court hearing on Thursday, the ACCC said the supermarket giant should be hit with a fine that that is adequate to levity of the penalties, reports Sydney Morning Herald.

The court case follows the ACCC launching legal action against Woolworths in 2014 for making false or misleading representation about the safety of products of three products.

The combined business is likely to employ more than 100 people, but layoffs or other forms of downsizing are almost certain leaving staff unsure about their future at the company.

Playboy has unveiled the first of its new-look magazines with the first non-nude cover in its 62-year run.

The March issue is Snapchat-themed and stars Insta-famous model Sarah McDaniel on the cover. It will feature articles written by James Franco as well as essays, including one on birth control.

This magazine marks the start of the new era for Playboy designed to position itself against new competition.