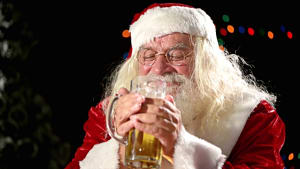 Media Thursday’s is going big for its last event of 2016, with a pub crawl through Surry Hills to celebrate the silly season. The event, on the 1 December, will spread the Christmas festivities around to three different venues. Attendees are being urged to rock their Santa hats to the event that kicks off at The Horse on Crown Street at 6pm.

Don’t miss out - Get your RSVP in now.

Ad tech business SpotX has lost its senior director Daniel Rowlands to media giant GroupM.
Rowlands, who was senior director of supply JAPAC based in Singapore, is now supply and operations director APAC at the group - still based in Singapore. Rowlands, who joined SpotX in 2013 as publisher relations manager, has also worked at Nine. After After eight months with no regional MD steering the ship, online video advertising platform SpotX announced Matt Von der Muhll's replacement in January this year. Marcus Tan now heads up the business.