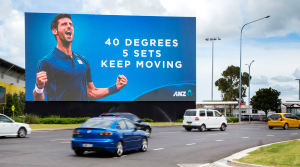 Lucy Cochran has joined Cummins&Partners Melbourne as strategy lead. Cochran, returning to the industry after a study break, previously led the strategic offering for AJF Partnership and M&C Saatchi. She has worked with several high profile accounts, including iSelect, Cricket Australia, ANZ and AAMI. Cochran has won several Effies and APG awards and was chair of the APG committee in Melbourne.

REA Group executive GM of media and marketing, Libby Minogue, has joined the IAB's board. Minogue is the fourth woman of nine appointed board members which will steer the IAB in 2017. She has 20 years of experience from roles within Australian and overseas. Prior to joining the REA Group, Minogue was the national director of integration and content partnerships at MCN for 12 years. She has also worked with Fox Cable Sports Network in the US.

Unlockd ramps up with Microsoft hire

Mobile platform Unlockd has announced two new executive roles based in its London office. Jonathon Oliver, a digital creative with over 25 years of media experience, will join as global chief creative officer. Oliver has previously be involved in conferences including Cannes Lions, SXSW and dmexco. Prior to Unlockd, Oliver spent nearly 10 years at Microsoft as global head of innovation and more recently, AOL/Verizon global chief creative officer. Oliver will be joined by Matt Von der Muhll who has been with Unlockd since 2015 as an investor and will be appointed as chief revenue officer. Van der Muhll previously served as the managing director for online video advertising company SpotXchange.