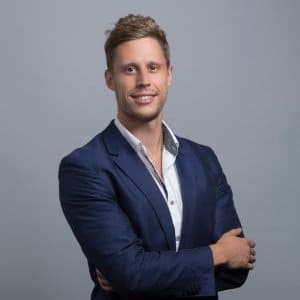 Milan steps up to the mark

Publicis Media has a new head of tech – former Vivaki director of programmatic solutions, Milan Markovic. Sydney-based Markovic, who previously worked at Adconion before joining Vivaki in 2013, is now responsible for the development of biddable technology partnerships and solutions for Publicis Media agencies Zenith, Performics, Starcom, Mediavest/Spark. In 2015 Publicis-owned Vivaki was restructured as it looked to evolve the agency trading desk model. It decentralised the trading desk, Vivaki Audience On Demand, and reassigned its employees to new jobs within the holding company's media agencies.

Pacific Magazines and natural sugar substitute company Natvia are tapping into the sugar-free movement made famous by Sarah Wilson with the launch of a cookbook. The cookbook, that features 120 sugarless recipes, will be available in Coles and Woolworths for under $10 in Australia and New Zealand. It's an interesting move from PacMags, investing in another revenue stream that may prove profitable.

Nine Entertainment Co directors Elizabeth Gaines and Holly Kramer have given their resignations to the board. Gaines' exit follows her appointment as CFO at Fortescue Metals Group and Kramer has retired to allow her to restructure her board portfolio. The board has commenced a search for additional directors the replace the pair.

Seven West Media has appointed of Andy Kay as general manager of Channel Seven Adelaide, following the resignation of Tony Davison last week. Kay will return to his hometown of Adelaide to take on the new role – in addition to his current role as general manager of Olympics and Commonwealth Games. Kay joined Seven in 1984 and held a number of key roles in the Adelaide newsroom for 13 years before taking on his current role. Kay will begin his new role on 1 February.

Deepend Sydney has appointed Hamilton Jones to the role of managing director. Jones is an industry heavyweight, previously working at Isobar, UM and TheFarm for clients, including Coca-Cola Johnson & Johnson, Adidas and HSBC. With his digital knowledge, Deepend is confident in Hamilton’s expertise to fuel further growth for the independent agency.