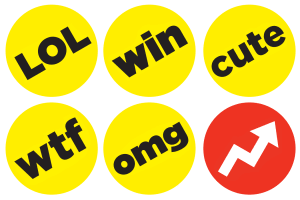 According to The Australian Financial Review (AFR), BuzzFeed CEO Jonah Peretti has signalled an IPO could happen next year. Ahead of a visit to Sydney later this month, Peretti said: "I feel like we have had enough revenue to go public for a while”. The IPO move has been speculated for some time given the publisher has proved such a popular option for brands chasing the lucrative millennial demographic.

Ben Lightfoot has been named as the MD of Ogilvy Brisbane. Lightfoot joins from Facebook, where he was head of large advertising marketing for APAC. He joins a list of agency execs who have exited Facebook after a short stint at the digital giant. Lightfoot replaces Russ Vine, who has led the Ogilvy Brisbane business for the past 18 months, after local shop JuniorCru merged with Ogilvy Australia. Fox said following the 18 months of integrating the Brisbane office into the broader Ogilvy family, Vine was keen to move on and find his next challenge.

The Australian calls out ABC for smart marketing

The ABC says spending taxpayers’ money on a nationwide online marketing campaign with Google is ok. The Australian has questioned the ABC's moves to push commercial media outlets out of search results during federal budget week. The Australian conducted internet searches in all six states using popular news-related search terms and found the ABC was outbidding commercial news ­organisations in ad auctions ­operated by Google ad software AdWords. The paper says the range of keywords its was bidding on was “extensive” and means the ABC is forcing commercial news organisations to spend more money on marketing in a sector already under pressure. The ABC simply says as all media organisations, it bids on keyword search engine terms to ensure its content finds the correct audience.

See here: ABC to axe up to 200 staff in organisation restructure

Australia ranks second in world at The One Show

Australia has ranked the second most awarded country at One Show behind the US and has tonight picked up eight Gold Pencils, 11 Silver Pencils and three Bronze Pencils out of a total 243 Pencils - 70 Gold, 75 Silver and 98 Bronze - from 23 countries. Clemenger BBDO Melbourne has ranked the eighth most awarded agency, taking out a total 14 Pencils for Hungerithm, Bonds' The Boys and Meet Graham. Leo Burnett Melbourne took out Best in UX/UI for Headspace 'Reword', which also scored a further four Silver Pencils and one Bronze Pencil. Saatchi & Saatchi Sydney scored three Gold Pencils for Toyota Australia 'LandCruiser Emergency Network'. Leo Burnett Sydney picked up two Gold Pencils for Samsung Australia 'BrainBAND' and two Silver Pencils and a Bronze for Samsung 'Pocket Patrol', plus a Bronze for Samsung 'Anthem'. Host Sydney scored a Gold Pencil for its '#Redefinewomen' work whilst The Monkeys picked up a Bronze Pencil for Qantas 'Out of Office Travelogue' and R/GA Sydney picked up Bronze for Google Play 'Through the dark'.