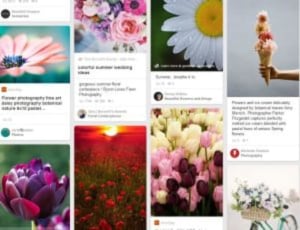 Clemenger BBDO Melbourne hires Helen James as executive creative director of Myer. James’ role will see her leading the in-house creative department and all communications output for the Australian retailer. She joins the Clemenger@Myer team following her return from maternity leave and has previously worked at GPY&R. She also had an eight-year stint at BMF. During her 20+ year career she’s worked with clients globally and locally including Disney, Virgin, Hyundai, Optus, Ikea, Big W and Rebel, picking up a variety of awards in the process.

Havas Melbourne has appointed Damian Royce to the newly created position of executive creative director. Royce has previously worked at Cummins&Partners, TBWA and Clemenger BBDO Melbourne. He's also been recognised at a slew of awards such as Cannes Lions, D&AD and more. The move follows a number of client wins announced in December and continued growth of current clients. In his new role Royce will be responsible for leading the creative charge of the business, bolstering strategic thinking among the team and delivering “world class ideas that drive growth for brands”.

Hot on the heels of its acquisition of Turn, global martech company Amobee has been announced as one of the firm’s that can enable brands to roll out Pinterest digital ads in Australia. The move means Amobee is part of an exclusive group of companies with ads API level access. Pinterest ad products include Promoted Pins and Promoted App Pins, which are displayed in search results as well as in category and home feeds. The Pinterest Marketing Developer Partners program enables tech partners to build tools and services to help marketers reach audiences to scale their presence on Pinterest and “create a richer experience for consumers”. Social media advertising company Brand Networks is also one of the partners and is already rolling out ads for its client Domain.