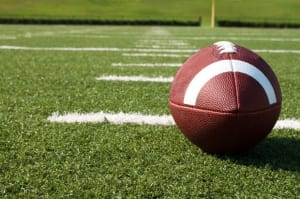 J.Walter Thompson has been appointed as the creative agency for Murdoch University, following a “highly competitive” pitch against local Perth agencies. The agency is tasked with growing the university’s profile locally and globally and its market share.

An ad for the Super Bowl that depicted a giant border wall has been rejected by Fox. After submitting its creative to the network, the US construction company 84 Lumber was told its ad was "too political" to air during the football match. 84 Lumber will still run a 90-second spot during the game, despite the hiccup.

The Singapore Tourism Board (STB) has appointed Zenith as its new global media agency. The win expands Zenith Australia’s Tourism roster, sitting alongside Singapore Airlines. Zenith was brought onto to create new possibilities for the airline in the evolving media environment. At the end of 2016, Zenith won the $42m Aldi account.

This year Hyundai is saving itself some time (and money) by shooting its Super Bowl ad during the game. The 90-second ad, which the automaker is calling a documentary, will air in the so-called “post-gun” slot that airs immediately after the game ends but before the trophy ceremony. Hyundai hasn’t released any further creative details but in a statement said the spot will capture “some of the best off-the-field Super Bowl moments”.

Studio Ten co-host and journalist Joe Hildebrand has joined News.com.au as its editor-at-large. Prior to joining News.com.au, Hildebrand was opinion editor and columnist at The Daily Telegraph, as well as a columnist Herald Sun. In his new role, he will analyse news stories and inject his own voice into the News team. He will continue with his role at Studio Ten. At the end of last year former Mamamia editor-in-chief Kate de Brito jumped ship to News. Read more here.