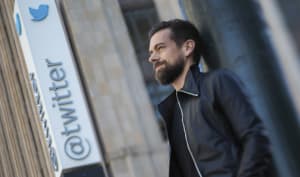 In a brilliant Twitter twist CEO Jack Dorsey had his account suspended on the platform because of what he said was an “internal mistake”. While Dorsey, who founded Twitter in 2006, was only locked out for 15 minutes, the Twitterati was quick to jump on the stuff up.

Former Ladbrokes Australia CMO James Burnett is now the top marketer at comparison site Comparethemarket.com.au. Burnett was at the marketing helm of the bookies when it launched Down Under in 2013 and was responsible for the total marketing function and non-VIP customer sales (over 95% of all customers). In 2015 had a marketing budget of $50m. His new role as CMO of Comparethemarket.com.au is based in Brisbane.

News Corp is scoping out voluntary redundancies, following the announcement it was on the search to find $40 million in savings. The AFR is reporting management has begun canvassing staff before the next round of cuts. It is understood section heads of the company's mastheads around the country have already been compiling lists of staffers who could be ready to leave the publisher.

Bob Mackintosh is set to leave Host at the end of the year, with his replacement to be named “imminently”. Mackintosh joined Host in 2005 and was a driving force behind the award-winning Kiwi Sceptics campaign. He has not announced where he will be going.

South African Tourism ANZ has appointed The Hallway as its new agency following a competitive tender process. The partnership focuses on delivering PR and social strategy, social content, strategic partnerships and influencer engagement to promote South Africa’s as a tourist destination for Australians and New Zealand over the next three years.