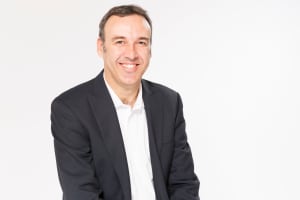 Ikon Group, part of STW, has announced the appointment of industry veteran David Gerrie as its chief operating officer.

Gerrie still will continue in his existing role as CFO, and will assume responsibility for marketing, operations and services across the Ikon Group in Australia and New Zealand, working closely with managing partners in each market.

Match has been appointed by Michael Cassel Group to launch its latest production, Kinky Boots.
The account, billing $5 MILLION, was won following a pitch against five other agencies and includes media strategy, planning and buying across all channels, plus social and analytics.

This is another win for Match Media, which comes on the back of its announcement last week of winning the NRMA Motoring Services account.

The ACCC alleges The Community Network engaged in unreasonable conduct in its dealings with two small businesses, including the refusal to release them from contracts for advertising services when the business was not providing those advertising services, then pursuing them for non-payment, threatening legal action and, in one case, engaging debt collectors.