Havas Media has axed its old red and white logo in favour of black and white lower case h.

The new logo across all Havas business units it said to reflect the “continued integration” of its services and is a visual representation of its #together strategy. It's thought the business has also now dropped 'worldwide' from its name.

In July the Havas Group restructured the way it operates to fully integrate the strategic thinking of its creative and media businesses. It also recently launched its global sports and entertainment offering (HS&E) in Australia, with founding client LG.

Out with the old:

The Australian Football League (AFL) has signed off new six-year radio rights deals reportedly worth $10 million a year. Triple M has regained the rights on the FM band while on AM the rights are shared across Macquarie Media, SEN, K Rock, FIVEaa and Crocmedia. Negotiations are still taking place with the ABC and National Indigenous Radio Service as major AFL broadcasters. The rights include coverage of the debut AFL women's league.

The University of Technology Sydmey (UTS) has hired digital content specialist John Chalmers as director of marketing and communications. Chalmers joins from media monitoring company Insentia, where he led marcoms. Chalmers has a 20-year media and marketing career, including as a magazine editor and journalist at Men’s Health magazine and the New York Post.

UTS deputy vice-chancellor of corporate services Anne Dwyer says Chalmers will help the university in its next stage of growth as it experiences unprecedented student demand and climbs up international university rankings.

PageSkin Edge wraps around the top and right-hand sides of mobile web content, with an animated element that accompanies the reader down the right-hand-side of the page. This approach is designed to enrich the publisher ecosystem with premium ad creative, while not intruding on the user experience. 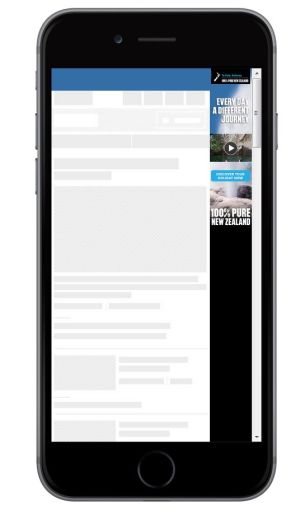