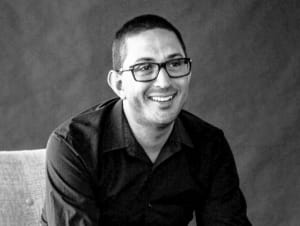 Clemenger Sydney has lured Leo Burnett’s chief operating officer Jeremy de Villiers to the agency as head of operations. De Villiers has been at Leo’s for six years, holding the COO position for a little over a year. He will play an important role in the new management line up at Clemenger, which includes the recent hire of Ben Coulson.

Innocean Australia has hired former Monkeys creative Paul Bruce as creative director for the agency. Bruce was most recently ECD at Zoo Group, following his three year stint at The Monkeys. He has held positions at The Glue Society, Mother, Publicis Mojo and Mother in his 20 year career. The move reunites Bruce with Innocean ECD Steve Jackson.

Channel Seven has edged out Nine in last week's TV ratings on total people, attracting 38.6% share of viewers among the three commercial FTA TV networks. Nine trailed closely behind with 37.6% of share and Ten claimed 23.8%.

The pre-match show came in second in the top 10 shows, with an average metro audience of 1.4 million, followed by Sunday editions of Seven and Nine News, Hamish & Andy (1.05 million) and House Rules Monday (1.03 million).