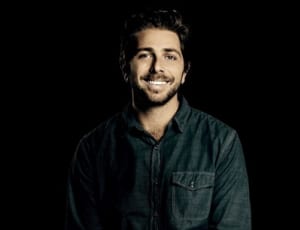 Audible appoints We Are Social

Audiobook provider Audible.com.au has retained We Are Social to create content and manage the brand's social platforms. The appointment is the first time the Amazon-owned Audible has appointed a social agency in Australia. We Are Social will also build an influencer program across Australia and New Zealand. This weel, Audible also promoted Matthew Gain to be head of APAC after 18 months at the company.

Frucor Beverages Australia, owner of V Drink, H2Go Water and Just Juice, is being renamed to Frucor Suntory, effective immediately. 'Frucor has been part of the Suntory Group in 2009, a Japan-based food and beverage company. Frucor Suntory Group chief executive Jonathan Moss says the decision to take on the Suntory name was an internal decisions, saying: “we wanted to acknowledge and reinforce the opportunists that have come from being part of Suntory”. Other than the new name there will be no change in ownership or staff.

Facebook has now has two billion monthly users, half a billion more than the second most used platform, YouTube, with 1.5b users. That’s up from the 1.94b total that the company cited as part of its most recent earnings report in May. The social network’s growth has been on a steady climb for the past decade. According to Tech Crunch, two billion makes Facebook the largest social app in terms of logged-in users, above YouTube’s 1.5b, WeChat’s 889m, Twitter’s 328m and Snapchat’s estimated 255m. As well as this, Facebook’s growth the last half decade has been fueled by the developing world. The company has relentlessly optimized its app for cheap Android smartphones and low-bandwidth connections.