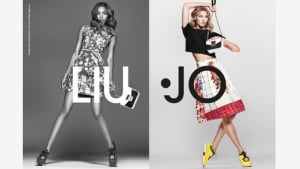 BBDO Worldwide has bought a high end fashion agency Wednesday Agency Group. The move is the first acquisition made by the global group of which Australian shop Clemenger has been part of since 2008, AdWeek reports.

More than a third (34%) of clients may look to invest more in traditional channels this year, according to a US survey by RWS/US reported by AdWeek. It’s a move that would surprise agencies, as only 19% of agencies surveyed expect the same shift.

The Premier League will not have a corporate sponsor next season instead seeking its first creative agency for the first time in its 23-year history, according to Campaign Live.

Agencies have been contacted directly with a brief that will coincide with the start of the new season in August as part of the Premier League major rebrand.

It is reported that the Premier League will shortlist three creative agencies who will pitch in late January, and that the league brought in the consultancy Robin last year to reposition to brand.

The creative agency that the Premier League pick is set to make a large profit, with the League TV rights auction bringing in £5 billion from Sky and BT.

The owner of Cannes Lions is moving closer to the possibility of a £1 billion London Stock Market flotation after filing documents this week to become a publicly listed company.

Trident Floatco was then renamed a day later to Ascential plc, and obtained a trading certificate for a public company.

While setting up this plc does not mean Ascential is certain to go ahead with a flotation, according to Campaign Live, the joint owners, Apax Partners and Guardian Media Group, have been widely tipped to float or sell the business since last year.