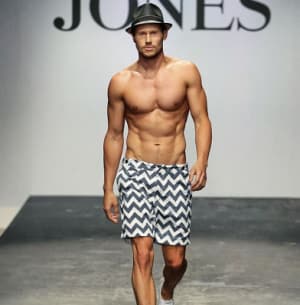 According to The Australian, AOL is eyeing a merger with Yahoo to build a data-driven “global platform system” in order to challenge the likes of Google and Facebook on digital advertising. The paper says with deep pockets on the back of 113 million retail subscribers, AOL’s telco parent Verizon is a leading contender to buy Yahoo.

Independent creative network Zoo Group has hired The Monkey's creative director, Paul Bruce as its new ECD. Bruce has worked at The Monkey's for more than three years. Also joining the Zoo team is Will Reynolds, previously at M&C Saatchi. Reynolds now holds the position of head of client services at Zoo. In this role, Reynolds will be responsible for the agency’s growth strategy and "break from the hierarchical world" of the corporate media industry, while Bruce will be responsible for building a "young and successful" creative department.

YouTube has announced a series of new features for its creator community. The details, which include a new Creator Hub, were unveiled Thursday at VidCon, an event focused on online video and digital culture. In a keynote address by YouTube CEO Susan Wojcicki, YouTube highlighted its investment in new technologies, like 360-degree videos and VR, as well as its expansion of YouTube Original programming, which is available to subscribers of the YouTube Red service.

Australia’s search for the next singing sensation has a new man at the helm – TV presenter and model Jason Dundas. Dundas will work alongside the previously announced judging panel of Iggy Azalea, Adam Lambert and Guy Sebastian. A seasoned television host, Dundas has spent the past four years based in Los Angeles. He has served as a special correspondent for CBS’ Entertainment Tonight, hosted the MTV series America’s Best Dance Crew and a number of live specials for VH1.

WhatsApp has added another metric to show just how well it’s doing. According to a brief post on the company blog, WhatsApp claims that it’s now handling more than 100 million voice calls per day on its service. This is equivalent to over 1,100 calls per second, the post adds, hinting that it will make calling better in the months to come.