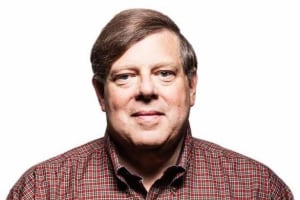 The announcement ends a six-month search to fill the role vacated by former CEO Scott Kauffman. Penn will lead all day-to-day operations at MDC. He will also sit on MDC's board while remaining managing partner of the Stagwell Group.

It remains to be seen how the cash boost and new leadership will impact the agencies, but the investment will provide financial flexibility and resources aimed at reducing outstanding borrowings, strengthening the balance sheet and accelerating strategic growth.

MDC has been under financial pressure since 2015, with a heavy debt load. The financial issues stem back to former MDC chief Miles Nadal, who was investigated by the SEC for financial impropriety.

"We believe MDC Partners has some of the best brands in the creative and marketing worlds," says Stagwell chief investment officer Jason Reid. "Combined with the management of Mark Penn, this strategic investment positions the company to thrive in an environment of accelerating change that still demands top talent."

Analysts believe the MDC Partners investment is consistent with Stagwell's strategy of investing in innovative digital marketing services companies. Since its founding in 2015, Stagwell Group has made more than 20 investments into a portfolio of high growth companies across digital marketing services such as digital transformation and performance, public relations, and research and insights.

Jay Pattisall, principal analyst at Forrester, says: “The theme of combining creative and digital is not a new one in today’s marketplace.There’s a tremendous opportunity for them to grow one another’s business organically because they work on different aspects of marketing.”

According to Pattisall, the complementary nature of the Stagwell companies and MDC is significant because “they’re not a competing set of agencies that will be fighting over the same clients and assignments".

“This could be the start of their turnaround,” says Pattisal.