Network 10 shakes it up with a new channel 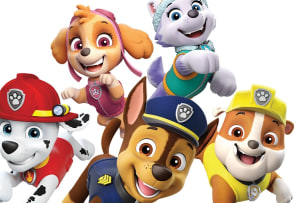 Network 10 has unveiled its new channel, 10 Shake, leveraging the content assets of parent company ViacomCBS to capture a younger audience.

The channel joins 10, 10 Bold and 10 Peach, extending the network's inventory and creating opportunity for brands.

Content includes a mix of shows for people aged 40 and under, including toddlers, teenagers and millennials. Daytime for kids and night for bigger ones.

It will be the only free-to-air channel on which Australians will have access to Bubble Guppies, Henry Danger and READY SET DANCE.

10 Shake will also have Catfish: The TV Show, The Charlotte Show and The Late Late Show With James Corden .

“More than 70% of Australians have not had access to many of these iconic shows which are firmly targeted at under 50s and we’re really pumped to be bringing them to free-to-air,” he says.

“We've obviously had one multichannel less than the competitors, so this allows us to unlock a whole heap more inventory, and targeted inventory to younger demographics.

“It will improve our total network share when we combine all the channels together.”

Network 10 head of programming, Daniel Monaghan, says the channel includes a great array of content from ViacomCBS, a lot of which has never aired on free-air-television in Australia.

“10 Shake daytime will boast over 84 hours a week of the biggest kids’ TV shows on the planet including SpongeBob SquarePants, Paw Patrol and Henry Danger,” he says. “It will provide a wonderful world of entertainment just for kids."

He says it will be the destination for mischievous big kids who love escapism television with plenty of bite, comedy and fun.

“With shows like The Charlotte Show, Catfish: The TV Show and Lip Sync Battle forming part of the schedule, it will be self-indulgent TV at its best,” he says.