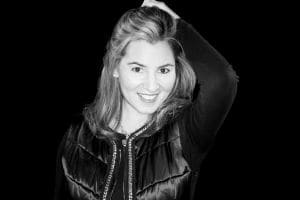 The future of publisher advertising deals will see publishers stitch up their display inventory with a media agency partner and then focus solely on native, reckons Lauri Baker, vice president of brand strategy and sales for The Huffington Post.

The publisher has just sorted one such deal as part of its Australian launch. Native has been heralded as the publisher’s last great hope as traditional ad revenue plummets, so The Huffington Post is putting big emphasis on content creation and native content as it pushes into the Australian market.

Native is the only advertising it's selling on the open market for the next year in this country, having signed a deal with Dentsu Aegis, giving its clients exclusive rights to its display inventory.

“It's a lot easier going in with an agency partner who has bought up your inventory,” Baker told AdNews.

“All of a sudden it's a very different sales process, because now it's a conversation about what is your [Dentsu's] roster of clients, what is their timing; how do we project manage plugging in all of those brands when it's most relevant?

The interesting thing is we have native outside that relationship so we can then pro-actively sell that [premium offering] to the market."

Baker believes sales deals of the future will look more and more like this, where display is tied up but native remains open.

"It absolutely has to be,” she stresses.

Baker sees native or custom content as a way for a publisher to keep its premium position and stave off declines in CPMs being driven by programmatic.

“I think the premium is where we as publisher are going to make up the gap for a lower eCPM – as programmatic drives our CPMs down, you're going to have to prove it and show that these premium experiences are what's going to drive awareness, perception, lift, consideration, intent,” Baker said.

In the US, The Huffington Post sees 35-40% of its revenue generated through native and already has goals to grow that to 50%. Baker says that’s not far off and while the Australian offering is only three weeks in, she said there has already been high demand for the publisher's content offering.

This story originally appeared in the latest issue of AdNews magazine (18 September). You've got less than a week to catch up on all the get content before it's replaced by the next issue which is due out on Friday. Never fear, you can catch-up by subscribing right here.