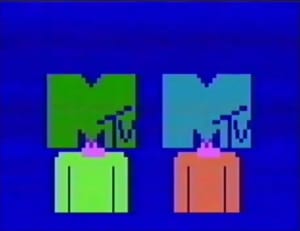 MTV has unveiled its next reinvention, with a major focus on user-generated content to appeal to its social media-savvy target audience.

It unveiled the move in Cannes last night, saying it would evolve the brand from “I want my MTV” to “I am my MTV”, by allowing users to pitch their own short videos to air on TV between MTV show breaks.

It is hoping to tap into the trend of young people creating short videos in the form of Vines, by creating #MTVbump.

From there producers will curate the content according to local relevance, pop-culture cachet, number of fans and then schedule them into MTV's programming between the network's programs.

“MTV has always been committed to reinvention and it's time to shed our skin and reinvent again,” CMO of Viacom's MTV network and VP of youth and music," Kerry Taylor said.

“No one is bringing user generated content to air this quickly on a global scale. #MTVbump lets us be incredibly topical, fast and localised – which is critical.”

Along with the focus on user-generated content, MTV has revamped its promos to take on a more experimental feel.

“They will be shorter, louder, and hyper-visual,” according to MTV.

Speaking in Sydney earlier this month, Taylor revealed the results of internal research into its audience which found that 97% of 12-24 year olds were bored a lot of the time despite the plethora of entertainment options available.

“The endless entertainment and technology isn’t killing boredom. It's actually causing an overload … The constant on-demand nature of what you want, whenever you want it, is raising the bar of expectation for everyday life," Taylor said.

“Internally we were asking if technology had killed boredom? Our role is to entertain them, so we have to connect with them and it seemed really important to know. And it’s important that as brands we don’t trivialise it.” Taylor said.

MTV identified four elements that ease boredom, and is plotting its overhaul around how it can better tailor its content to them. They are humour, creativity, curiosity, and being sociable.

MTV also unveiled a new focus on artist content, hoping to add to its legacy of showcasing artists such as Spike Jonze, Keith Harding and Jean-Michel Basquiat.

The work of artists such as Thomas de Rijk, Device, Johnny Woods, and The Great Nordic Swordfights will be showcased on a series known as Art Breaks.