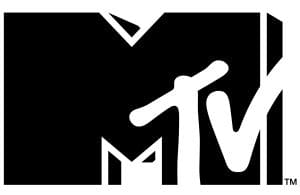 MTV knows a thing or two about youth, and what keeps young people interested. However, it’s plotting an overhaul of how it creates and delivers content for its core demographic because despite the endless streams of information and content that young people have access to – 97% are still bored a lot of the time.

The youth media network carried out its first 'F*ck boredom, ignite passions' survey into boredom and media habits of 12 to 24-year-olds and found that contrary to what it thought – teens still aren’t any more satisfied than they were in decades gone by.

In fact, the “endless stream" is making young people more bored than ever, according to Kerry Taylor CMO of Viacom's MTV network and VP of youth and music.

Revealing the research for the first time globally at Sydney’s Vivid Ideas Festival this week, Taylor said: “The endless entertainment and technology isn’t killing boredom. It's actually causing an overload … The constant on-demand nature of what you want, whenever you want it, is raising the bar of expectation for everyday life.

“Internally we were asking if technology had killed boredom? Our role is to entertain them, so we have to connect with them and it seemed really important to know. And it’s important that as brands we don’t trivialise it.” said Taylor.

She revealed - in response to a question from the floor about how the research has impacted how MTV does business - that MTV would next month “be talking about a new way to behave”.

“I can't talk about it today but it definitely has impacted us. Making sure that the way we share with the audience is genuinely meaningful, that we're not just creating noise and begin a brand that’s adding to the endless social media scroll,” she said.

To maintain connection with the kids, MTV is switching up the kind of content it creates – and how it delivers it. The details of exactly how it is responding to the research findings internally will be unveiled in the coming weeks but Taylor said it is to “engage and empower” young people and focus on their passions.

MTV identified four elements that ease boredom, and is plotting its overhaul around how it can better tailor its content to them. They are humour, creativity, curiosity, and being sociable. Australian young people rated humour highest (90%) “cure” followed by creativity (83%), curiosity (81%) and being sociable (76%).

Brands that want to connect with young consumers would do well to think about how they can play in these spaces to create more meaningful engagement though content.

“Mindlessly browsing the internet” was seen by 40% of the people surveyed as one of the most boring things they did – more boring that both school and work. For brands, the relevance is that while many are switching budgets to engage consumers – young people in particular – on digital platforms, to make it effective, there needs to be a mission, or purpose behind it.

Some boredom stats from MTV: