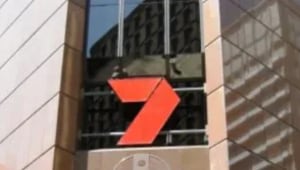 Another round of executives has exited Seven as the TV network restructuring continues.

Hosie, who had been in the role for 11 years, had most recently led cross-platform sales across the Seven West portfolio, while Rhedey had only been in the role since last year, joining from Fairfax Media (now part of Nine).

Kerry, a Seven representative on the board of Freeview, had only been in his new role for nine months.

AdNews understands there have also been further redundancies throughout Seven's digital teams in recent weeks.

Earlier this year it was reported that Seven had shed more than 100 staff in a major restructure launched by new CEO James Warburton. At the time, sources say the number of staff to go could be as high as 150 or more.

One of the major divisions impacted has been Seven's publicity department, which will have much of its operations centralised in Sydney.

Warburton has been bullish with his plan to cut costs as he looks to create a "flatter" structure that he says isn't going to be achieved without making some "tough decisions". This has also included the $40 million sale of Pacific Magazines.