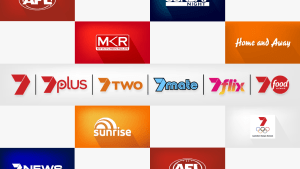 Sources say the number of staff to go could be as high as 150 or more.

When approached by AdNews, Seven declined to comment on the exact number of roles impacted by the changes.

One of the major divisions to be impacted will be Seven's publicity department, which will have much of its operations centralised in Sydney.

The changes mean that departments in Melbourne, Adelaide and Brisbane will no longer operate independently. The new publicity department will report to a new chief marketing officer.

Perth's publicity department was spared cuts due to its close working relationship with The West Australian.

Warburton yesterday revealed his first wave of executive changes, saying further "tough decisions" had to be made as part of the company's "content-led" strategy.

Alongside the appointment of a new CMO and chief content officer, he also announced that three members of the executive team would be cut. These are so far unnamed.

Programming will also be a major focus for Warburton, with current affairs program Sunday Night axed.

The network continues to struggle to hit the mark when it comes to ratings. Overnight, the return of another of its reality series' Bride and Prejudice fell well short of its 2018 debut numbers (633,000 metro viewers), drawing in 438,000.

AdNews understands these changes are only the start of further restructuring to occur within the business, primarily focussing on schedules, digital and over the top video departments.