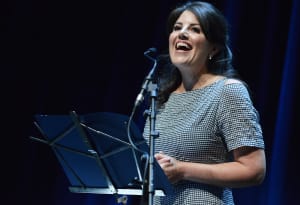 Monica Lewinsky, the anti-digital bullying ambassador and former White House aid involved in a scandal with then-president Bill Clinton in the late 1990s, is to speak at the AANA conference in October.

Lewinsky spoke at Cannes in 2015 and was one of the surprise highlights for many in the industry.

She spoke on the issue of digital trolling and cyber-bullying, telling the ad industry that trading in humiliation and fuelling trolling to boost clicks was wrong.

“For two decades we’ve been sowing the seeds of shame and public humiliation in our cultural soil … gossip websites, paparazzi, reality programming, politics, news outlets … all traffic in shame … a marketplace has emerged where shame is a commodity and public humiliation an industry. How is the money made? Clicks. The more shame, the more clicks. The more clicks, the more advertising dollars,” she said.

Lewinsky also spoke at a Forbes event last year about how poor digital behaviour can “shred” a reputation online.

At the Sydney event in October, Lewinsky will talk about “compassion in communications,” the 24-hour news cycle, social media and her journey to reclaim her identity.

Sunita Gloster, CEO of the AANA, says: “Our Reset agenda is one that seeks to challenge and inspire marketers to think differently about the coming year and in that context we are excited to welcome Monica's story and message in advocating for a less harmful social media environment.”