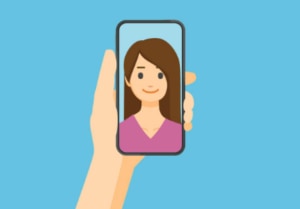 Mobile advertising was much less affected by the coronavirus pandemic when compared to desktop advertising during the first three months of the year, according to adtech company PubMatic's findings in its Q1 Quarterly Mobile Index report.

The study revealed that mobile impression volume on publisher sites was flat between pre- and post-COVID 19 impact, as well as quarter-over-quarter, while desktop volume declined.

In-app content consumption is up as a result of the pandemic, with in-app viewership surging above volumes seen during the 2019 holiday season.

“While recent surges in viewership will likely recede through the summer and as stay-at-home orders ease, the preference for mobile will remain, which will drive advertisers to mobile over the long term.”

As a result, the shift in share from desktop towards mobile is happening at a quicker pace than before the pandemic.

Total mobile share of global ad spending reached 51% by the end of Q1 from 48% at the beginning of March before the onset of the global pandemic.

In-app private marketplace (PMP) ad spending expanded across all regions with advertisers swinging budgets there and away from the open market.

Within the first five weeks after lockdown, in-app PMP spending nearly doubled in each market. Spending in the APAC region was up 167%.

As one of the most expensive offerings, mobile video was first to be cut as advertisers slashed spending.

However, mobile video spending was expanding so quickly before the crisis that mobile video ad spend declined less than display in the quarter overall.

“The downturn that we are experiencing as a result of COVID-19 presents app-developers with a unique opportunity to review their mobile advertising set-ups to improve upon inefficient auctions and to push for more transparency and accountability with partners," Klimenko says.

"To reduce fraud risk inherent in in-app environments, app-developers should also consider the benefits of offering PMP buying to advertisers. Making these improvements now will offer publishers the greatest opportunity for strategic growth in the coming months.”

The findings are based upon an analysis of over 15 trillion advertiser bids flowing through PubMatic’s platform each month.