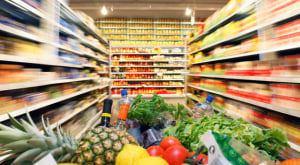 Sunday night viewers of Seven’s My Kitchen Rules spend the most on weekly groceries compared to viewers of other major reality formats that air on Sunday night, research by Roy Morgan has found.

The show, which pits teams of cooks against one another and begins its new season next week, has been the highest-rating reality format on Australian TV for several years.

Its Sunday viewers spend about $236 million on groceries each week, $69 million more than viewer of Seven’s House Rules in second place.

Viewers of another Seven show, Big Music Quiz, spend $147 million, followed closely by viewers of Nine’s The Block ($145 million) and Nine's The Voice ($143 million). Despite Seven occupying top the top three spots, Nine had the most grocery buyer viewers in prime time across much of the 2016 ratings season.

Ten’s top cooking property Masterchef Australia is next on the list with viewers spending $120 million per week.

However, its viewers spend $18 more a week than the average Australian and its $120 million worth of grocery market reach is 14% larger than its share of the population.

Ten’s shows occupied most of the bottom positions, with viewers of I’m a Celebrity, Get Me Out of Here spending only $71 million.

Coles and Woolworths are the biggest beneficiaries of the more than $2 billion Australians spend on groceries each week, and are also two of the bigger backs of reality TV.

“However Coles has the lead among viewers of The Biggest Loser, Australian Survivor and MasterChef — all Network Ten shows, and all shows that are particularly popular among grocery buyers with bigger weekly supermarket budgets.”