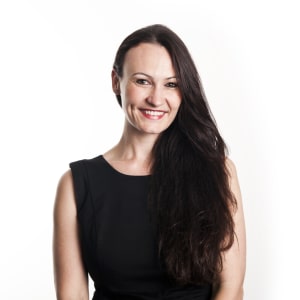 Agencies need to stop navel-gazing and worrying about competition or market fads and instead, focus on more important priorities such as staff mental health, said Mindshare CEO Katie Rigg-Smith.

Her comments follow the release of an Australian report that found people within the media, marketing and creative industry show greater signs of mental illness compared to the national average.

The research, which surveyed more than 1,800 people, found 56% of respondents showed mild to severe symptoms of depression compared to the national average of 36%.

Rigg-Smith, who has been in the CEO role for five years and within Mindshare for two decades, said she was surprised to learn the ad industry was more susceptible to mental health issues compared to other industries.

“The mental health of our industry is the biggest area we need to focus on. We need to look at how we protect people and how we give them resilience because right now they are working long hours and they are stressed,” she said.

“As an industry I believe we need to focus on understanding that report and understand what mechanics we need to put in place to make it better.”

At Mindshare, as well as within GroupM, strategies and policies are being implemented to combat issues around stress and burnout, which continues to be one of the biggest issues facing execs in the industry.

For Rigg-Smith, this has meant shifting away from celebrating wins with boozy afternoon drinks and instead introducing initiatives like early leave summer Fridays. However, she still believes Mindshare, and the wider industry, must do more.

“It’s a cost of entry to have summer Fridays, yoga classes and fresh fruit daily, but agencies are doing all these great things and people are still feeling more pressure than ever before.

“Maybe we are putting the emphasis on the wrong things?” she questioned.

Managing the mental health of staff can be challenging when a CEO is also tasked with delivering bad news, such as the loss of clients. Mindshare’s 2018 was defined by big wins and big losses, with Mondelez coming into the fold, but Amex and HSBC being globally realigned elsewhere.

“Sometimes global decisions are made that protect you and sometimes they’re made against you. That’s part of our business,” Rigg-Smith said.

“My mantra to my staff the whole way through is that all we can do is be the best Australia can be during those global pitches and not to be called out as being a weak link.”

Two years ago Rigg-Smith led a radical overhaul of Mindshare that led to 75% of the jobs within the agency to be reworked.

“75% of the jobs were just no longer relevant to what I think the agency of the future needed to have,” she said.

“Two years on, you can start to see the benefit of having reprofiled for the future.”

The restructure saw it dissolve agency teams and instead place staff within specialty units.

It was her first move as CEO and one she said she’ll never do again, instead conducting more regular updates to the agency framework.

With this model in motion, Rigg-Smith believes the agency is better positioned to execute bigger digital transformation projects and compete with new rivals, like consultancies – who she said have played a role in getting agencies more exposure to the C-Suite.

“Consultancies have opened the door for media agencies to work on much larger projects,” she said.

“The industry’s response to consultancies, and other trends like in-housing, always bemuses me. It proves our industry is so navel-gazing. We sit on panels and try to convince each other that our model is better than anyone else’s. Who cares? It’s the clients who will decide.

“Focus on doing a great job and let the work speak for itself rather than trying to convince everyone around you that the way you’ve set up is better than the way they’ve set up.”