Mike Sneesby's plans for Stan in the New Year 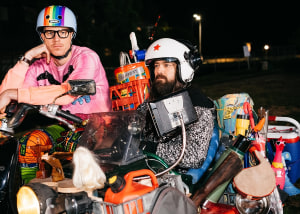 Stan will launch its live sports platform in February.

Mike Sneesby, the CEO, outlined his plans for the streaming content platform during a Nine Entertainment investor day.

"Launch of live streaming capability and Stan Sport in 2021 will leverage our unique competitive advantage as part of the group’s total television strategy," Sneesby said.

Stan Sports will launch with ruby and tennis, through exclusive deals.

But Nine has made it clear it is looking for more sport to add to the platform. A slide from Sneesby's presentation:

Market analysts say Stan, which they value at between $900 million and a $1 billion, became even more valuable part of Nine with its sports play.

Essentially, Stan is, by offering live sport, setting itself apart from the global players, including Netflix.

Pricing for Stan Sports hasn’t yet been announced.

Stans Sport is a way to drive Stan's active subscribers above its 3 million to 4 million subscriber target. Subscribers currently sit at 2.2 million.

But analysts believe Stan is under-appreciated by the market. Nine, in posting its annual results to June, put Stan's revenue at $242.1 million and costs at $211.1 million.

Stan benefited from COVID-19 as people turned to streaming media for entertainment during restrictions. Nine expects positive subscriber momentum to continue but at a reduced rate.

Sneesby forecasts a growing streaming video market in Australia, going from 10 million to 16 million to 24 million subscriptions by 2024, with many households taking on several services:

Sneesby also plans to ramp up Stan Original productions over the next five years.

Among Stan Originals is Dom and Adrian: 2020, by Nick Boshier and Christiaan Van Vuuren, the creators of social media hit Bondi Hipsters, which premieres next month.