Microsoft buys Xandr and positions for a post-cookie work 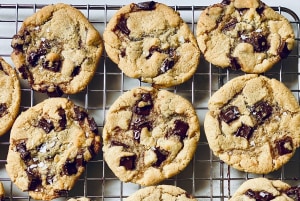 Commercial details of the sale haven’t been revealed but reports suggest a price of $US1 billion.

Xandr had been within AT&T’s WarnerMedia which is now being split off and merged with Discovery.

Analysts see the move as giving Microsoft a stronger market presence against the major players in digital advertising, Google and Facebook.

Microsoft says it will combine its own audience understanding, technology and global advertising customer base with Xandr’s data-driven platform.

Mikhail Parakhin, president of web experiences at Microsoft: “With Xandr’s talent and technology, Microsoft can accelerate the delivery of its digital advertising and retail media solutions, shaping tomorrow’s digital ad marketplace into one that respects consumer privacy preferences, understands publishers’ relationships with consumers and helps advertisers meet their goals.

Microsoft says the deal will mean:

AT&T says the agreement builds on a decade-long relationship between Xandr, including its predecessor companies, and Microsoft for global digital media solutions for advertisers.

AT&T: “As the digital landscape evolves in a post-cookie world, Microsoft and Xandr can shape the digital ad marketplace of the future.

Xandr’s EVP and GM Mike Welch: “Microsoft’s shared vision of empowering a free and open web and championing an open industry alternative via a global advertising marketplace makes it a great fit for Xandr.