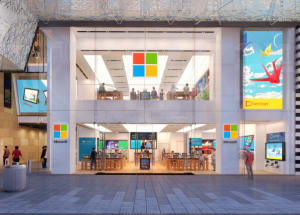 Microsoft is leaving behind the controversy of its first chatbox “Tay” and pushing forward with artificial intelligence (AI), announcing that it is bringing bots to Skype on desktop, iOS, Android and eventually also for the Microsoft Hololens mixed reality headsets.

The brand unveiled its plans for bot development, which it says will allow brands to communicate with customers to enhance customer service and gather feedback, at Microsoft’s developer conference in San Francisco, according to VentureBeat.

The announcement follows the recent controversy of Microsoft’s first chatbox “Tay” who was taught to generate racist and sexist responses by trolling Twitter users. But Microsoft is still looking ahead, encouraging users in the US to use its Skype Bots from today.

“Skype Bots will come to life through messaging today, and in the future will be available for audio and video calling as well,” the company says in an announcement.

“Each Bot will enhance your Skype experience in its own way, bringing a new dimension into your everyday Skype chats by helping turn your ideas and plans into actions.”

Microsoft is also opening the technology up to developers, with The Skype Bot Platform, allowing them to use The SDK, API and Workflows themselves.

“This is only the beginning of taking this exciting technology and together, we can shape what it looks like to shop, play a game, order food, schedule meetings, book trips, control your smart home and more.,” Microsoft says.