The Guardian ranks brands on influence; Google, Microsoft and RSPCA top this list 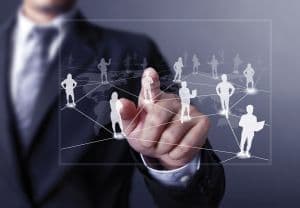 The Guardian has launched its first Influential Brands research in three markets, with the publisher looking to consult with brands on how they can further grow their influence and better communicate with consumers.

Rolling out in the UK, U.S. and Australia, The Guardian's research was complied by measuring the influence of each market's largest brands by talking directly to consumers.

In Australia, the study looked at nearly 200 brands, as well as the views of 2000 Australian consumers through more than 15,000 brand interviews.

Speaking with AdNews, The Guardian’s head of commercial insight, Ian Gibbs, explained that brands need to offer more than just a product or service to consumers to be truly influential.

“We obviously live in this age where there's more and more competition for consumer attention and it's really interesting to see that for a brand to be truly influential, and to really imprint itself on the consumer consciousness, it's not just about commercial success,” he said.

Gibbs explained that brands now have to be seen to have a positive impact on society as well as being trustworthy, reliable and even have interesting things to say.

The publisher is looking to consult with its current clients on their influence based on what Australian consumers said in the study, and aims to work with them on the areas that they may be coming up short.

The Guardian's sales director excluding Victoria, Tony Bell, told AdNews that while the research is very new, it's something that the business locally is looking to add to its content offering, Guardian Labs.

“Our GLabs offering is in its infancy and we've done some work with clients already and this is another tool we can use to say  'this is where you stand with the Australian consumer'.”

Being a consumer-driven study, Gibbs explained this could be a wake-up call for brands who may have thought they had a different standing in the eyes of consumers.

“What we see is a clear correlation between customer loyalty and influence. This hopefully will be a bit of a wake up call to brands, it's not just the big incumbents that are seen as the most influential by consumers,” Gibb said.

Bell added: “The brands that top the list locally, they do what they say they're going to do, there’s no trickery and no pretending they're something that they're not.”

You can see the results from the other markets here.