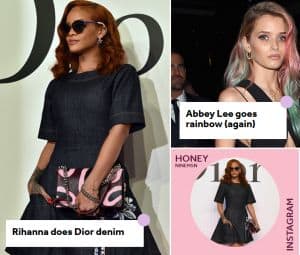 Mi9's latest fashion offering Honey is eyeing off e-commerce, with the site looking to open up a shopping platform.

The site is said to be launching an e-commerce platform within months, a Nine Entertainment spokesperson confirmed the move, however gave no further information.

In April ninemsn launched four sites in two days, with editor in chief and publisher at ninemsn, Hal Crawford, saying at the time: “This is a major milestone for Mi9 and ninemsn – launching four new sites in 48 hours. Built from the ground up, I am incredibly proud of the team and these engaging new sites which add new depth to the ninemsn portfolio.”

The site which covers what's going on the the fashion sphere, encompassing everything from hair to beauty and clothes, won't be the first fashion brand to branch out into e-commerce.

Zoe Sabados, marketing director for The Parcel previously told AdNews that the publisher is currently looking at other offerings for its sampling business.

“With so many magazines and television shows and Seven West Media having a huge audience we are looking at women over 40. We're looking at different pillars like health, and we're looking at other pillars in the home category,” Sabados said.

While she wouldn't be lead on a time frame for the launch of a new product, Sabados said: “We can probably expect to see something targeting health and well-being this year as well.”