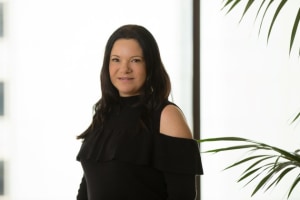 Turley has been with MediaCom for the past five years, most recently holding the title chief investment and growth officer. She has previously held senior sales roles at Seven and Ten and is an advisory board member for the Sony Foundation.

She joins the Finecast/GroupM Investment team as client consultant to leverage opportunities in this space at group level.

Turley is tasked with identifying areas of growth and engaging with the TV community, as well as working with all GroupM agencies and clients to enable the integration of the Finecast offering.

The top media exec has previously been outspoken about the varying definitions of addressable TV in Australia and called a more uniform understanding of the technology.

She will be working alongside Poole, the Finecast team and GroupM CIO Nicola Lewis to keep up with market response to Finecast, which GroupM ANZ CEO Mark Lollback says has been "incredible".

"To keep up that pace, ensure continued growth and make sure that we are able to deliver for our agencies and clients, and the business, we are expanding the team," Lollback says.

Turley, who was in the running to take the GroupM CIO role earlier this year, recognises that addressable TV is "where television advertising is going" and believes GroupM and Finecast are at the bleeding edge of this space.

"This is an incredible opportunity to be part of that, work with our broadcast partners at Seven, Nine, Ten, MCN/Foxtel and SBS and drive the growth and expansion of addressable TV in Australia," she says.

Poole adds: “Nicole is one of the best TV buying talents in Australia and we’ve been lucky to have her within GroupM at MediaCom. We are thrilled to have someone of her calibre join the team to supercharge our growth and support the team.”

MediaCom is unlikely to directly replace Turley's role, with Nick Thomas, Sam Russell and Adriana Zaknic - all three currently in the role of head of marketplace - absorbing her responsibilities.

MediaCom CEO Willie Pang says the agency is confident with its current investment leadership group and will lean on Lewis for additional support.

Finecast is a business unit of GroupM that aims to improve audience targeting for TV advertisers across most major broadcast players in the region.

The offering was recently launched in Australia by Poole, as well as global CEO Jakob Nielsen, in a roadshow to GroupM agencies, clients and press. So far, it has secured Seven, Nine, Ten, SBS and Foxtel via Multi Channel Network as broadcast partners for Finecast in Australia and has received overwhelming interest from clients.

The business is hoping to tap into the growth of addressable-capable TV devices, which is estimated to be 14 million within two years, according to research from third party provider IHS Markit.