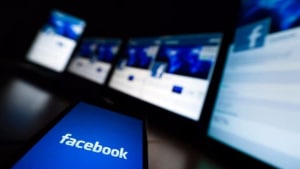 Facebook's viewability has been called into question.

Media buyers have described Facebook's viewability as “diabolical” with scores well below the MRC's viewability standard - a warning to marketers to tailor advertising to the platform.

Privately, Facebook's viewability scores have been a source of concern for media buyers for some time, but the ability to properly assess them has been difficult until recent efforts to allow more third-party scrutiny.

AdNews has learned the viewability scores are well below the globally accepted MRC standard and as low as 2% when compared to TV on a like for like basis.

Such assessments don't provide the whole picture. Facebook campaigns are highly targeted whereas the targeting of linear television is often limited to basic demographics, such as age and gender. This means that while far fewer Facebook impressions are viewed, the ones that are potentially reach more interested consumers.

Facebook is trying to shift the metrics debate away from marketing metrics, such as viewability, and towards client business outcomes.

The issue is sensitive. Facebook has close relations with agencies and clients, therefore, media buyers would only speak to AdNews on the condition of anonymity.

One buyer was blunt in their assessment: “It is diabolical and it's horrible" while another said "it left a lot to be desired". A third media executive said their promise of vast reach must balance "terrible" viewability scores as well as the advantage of high levels of targeting.

In Australia, most media agencies regard a viewable video impression as defined by the MRC standard; 50% of pixels in view for 2 seconds. This means a viewable impression is counted two seconds into a video ad. This standard is endorsed by IAB Australia.

One media agency holding group, GroupM, has set the bar even higher by promising advertisers it will only buy digital video inventory that 100% viewable.

The AANA recommends 70% of impressions in a campaign should meet the MRC's viewability standard.

If we assume the visual element of video advertising and apply the MRC standard, AdNews has learnt that only 31% of ads on Facebook would be viewable.

If you apply GroupM's 100% viewability standard on the visual element of video, Facebook's viewability score drops to about 10%.

“If you try to replicate TV dollars, which is audio and visual across a big screen, the viewability on Facebook is about 2%,” a media buyer tells AdNews.

These stats have been verified to AdNews by a third party verification firm.

This means that two out of 100 Facebook ads have the same level of viewability as the standard TV advertisement, which is that 100% of the screen can be viewed with audio switched on.

“They've shot themselves in the foot. They've gone after TV dollars with these massive claims of reach but nobody is going to watch a 15 or 30 second ad video on Facebook,” a media executive explains.

“When you are sitting on a bus or a train and you are flicking through your newsfeed, you're might already be listening to Spotify or Pandora or a podcast, you aren't going to interrupt that to hear that Facebook ad video. That's why alongside its low viewability, it has a low penetration on audio.”

Where Facebook does work well, an ad executive explains, is when creative is crafted for the format – such as a 5-second video ad with captions.

“They know that agencies and clients are not there yet in terms of spending that additional money in that type of ad unit, which is where they are struggling. They need to focus on their sweet spot.”

Facebook spends time and money educating marketers on the best ways to advertise in a newsfeed environment. Externally, digital advertising companies also offer specific solutions and ad units that attempt to marry marketing with how consumer's interact with Facebook and other platforms.

In a question about standards and definitions, Egan said: "One of the places where it does become challenging is using the same definition across very, very different placements like desktop, going into a mobile, into a feed environment. Can you actually say that using exactly the same definition is actually taking into account consumer behaviour and the way that people are consuming media in those different platforms?

A focus on 'business outcomes'

In recent months, Facebook has tried to shift debate away from marketing metrics such as viewability towards metrics that focus on business outcomes. This was a point conveyed to AdNews by Facebook's global head of client measurement Eric Johnson.

“If someone can view a tenth of an ad and it drives outcomes, that's what matters in advertising,” Johnson said. “Now if someone views a whole ad and it doesn't drive an outcome, that would be analysed differently.

“You need to look at what person looked at the ad, it was in view for how long and compare that to what the business outcomes are. But you shouldn't assign an artificial boundary which is, 'well, the ad was viewed more or less than one second, two seconds, whatever,' as a good or a bad ad. That's our measurement point of view.”

Johnson says Facebook's approach is about providing advertisers with flexibility.

“The key is to let advertisers decide so giving them the data around impressions, what percentage is viewable, how long and let them make that decision.”

Johnson believes marketing should measure the "right set of metrics before I form a conclusion".

"The down side is I think everybody - including myself - we get a little sloppy and we just look for the quick fix. We go, 'Okay, I'll look at how many views that app had or I'll look at how many clicks,' and I'll try to make a snap decision as to whether or not that add was impactful or not. The fact is that doesn't work terribly well."

Given how poorly viewability scores on Facebook, AdNews was curious why media buyers and marketers continue to spend increasingly large chunks of their budgets on the platform, compared to other media.

“They have a direct relation with clients and the stats they show come directly from Facebook,” a media buyer explains. “It's not industry data from the likes of IAS or Moat.

“They're essentially marking their own homework. If a client goes to them, 'show me some performance on a video?', they will provide them with data on the performance of videos that had 100% or 90% viewability and report back on that.

“But the reality is if they played 100 videos maybe only 13% or 14% of people are watching that in full, so they'll report that 13% or 14% back to the marketeer. This is why you need independent third-party verification where it's not the advertiser, buyer or the seller, but complete neutrality reporting the results.”

It's not uncommon for media channels to focus their sales pitch on the metrics that shine the best light on their platform.

“Every platform has to consider every lever that can help to generate the best return on investment, including viewability," ThinkTV chief executive Kim Portrate explains.

"For TV, viewability is 100% guaranteed, so TV tends to focus on other levers such as premium content, brand integration, effective sponsorship opportunities and great story telling.”

In reality, marketers consider a number of factors when making investment decisions with viewability being one. Last year, AdNews approached three marketers to find out why they used Facebook and if the platforms recent metrics problems affected their perception.

“Sometimes we look at it purely on media metrics, other times we consider engagement metrics and in some cases, such as junior State of Origin where we ran mobile-first content around storytelling, we looked at how people had engaged with creative and its impact on consideration and other brand metrics. We use it across the funnel,” Holden's senior manager of marketing and brands Paul Balbo said at the time.

For outdoor and adventure retailer Kathmandu, the appeal was targeting. It uses the social media platform throughout the marketing funnel to target two key audiences: millennial adventurers and middle-aged family adventurers.