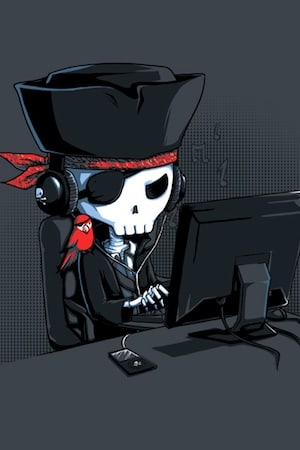 Fresh calls for government to put in place measures to help prevent advertising on illegal content sites have been slammed by senior figures in the advertising industry, who claim that intervention is unnecessary.

A swathe of companies including Google, a network of music companies and record labels, as well as ISPs have lent their voices to a growing chorus which is placing demands on Malcolm Turnbull's office to impose a 'Follow The Money' strategy, a proposal which mirror's the UK's practice of attempting to halt the flow of advertising revenues to illegal site owners.

Last week music industry peak association Music Rights Australia (MRA) went public with a strongly-worded statement claiming that the advertising industry is failing to address the problem and continues to "benefit from the status quo". The statement, which also called for the advertising industry to adopt an 'Internet Watch List (IWL)' (or Black List) formed part of its response to government's Copyright - Online Infringement consultation.

Meanwhile, last night, at a public forum in Sydney where company bosses such as Telstra executive director Jane Van Beelen, iiNet CEO David Buckingham and Foxtel CEO Richard Freudenstein went head-to-head with Turnball over plans to curb piracy, Google was given a platform to air its point of view. Typically, the media giant displayed a desire to swerve legislation also in favour of a 'Follow the Money' strategy. Google Aus/NZ head of public policy & government affairs Ishtar Vij spoke from the floor: “Rather than put at risk services, we want to go with things that work. Follow the Money works around the globe and the industry has expressed that as favourable,” she said.

This morning UM CEO Mat Baxter retaliated: “It is completely unrealistic to suggest that we are somehow in cahoots with the proponents of these illegal sites. It's a completely unfair and inaccurate assertion. I would like them to name one reputable agency in Australia which has purposefully been involved with buying inventory on these sites,” he told AdNews.

“The truth is, you could close down every advertising agency in Australia tomorrow and these illegal websites would still exist. This is a distraction from the core problem. Pure and simple,” he railed.

Music Rights Australia last year drew up a pilot code of practice in association with the Audited Media Association of Australia to help advertisers combat the problem.

MRA explicity stresses its disappointment that the code has to-date been ignored by advertisers and media companies. "Despite...an industry based code is the preferred process to address the problem, there continues to be strong resistance to implementation of the code from those groups within the online advertising value chain," it told government.

Baxter was quick to respond the idea of a code of practice: “The fact is, clients do not want their campaigns on these websites. If a campaign were to regularly end up on a adult entertainment site, or a torrent site, we'd get fired and trust me, that's a much stronger deterrent than a piece of paper waved around by the AMAA and the music industry.”

Many agencies have expressed a desire for Turnbull's office to take heed of the functions of the Brand Safety Council – the body which already brings together advertisers to share information and data around illegal websites.

One head of digital at an independent agency hit back at the notion of an Internet Watch List, saying, "One illegal site might well appear on the black list, but for every illegal one listed there are, say, another 12 out there that don't appear on that list. A white list – a list that tells me where I can place inventory - is much more useful and that already exists. We don't need guidelines to tell us to create one of those."

Another director at a major agency group noted that, while his group is constantly putting in place measures to stop ads occassionally slipping through the net, the solution to the problem "is not as easy as the music industry likes to paint it." He explained that there are website operators replicating iFrame code from legitimate sites onto illegal sites, without the knowledge of the original agency or brand. "The problem is," he stressed, "it's an ongoing arms race."

The ISPs have also shown willing in a plan to adopt 'Follow the Money', some believe in a bid to distract government from imposing legislation which would force them to issue mitigating steps against copyright infringing customers.

On Monday peak body Communications Alliance lodged an application with competition body, the ACCC for an authorisation that would enable them to collectively agree not to advertise their products and services on illegal content sites.

Have something to say? Send us your comments using the form below or contact the writer at nicolajriches@gmail.com